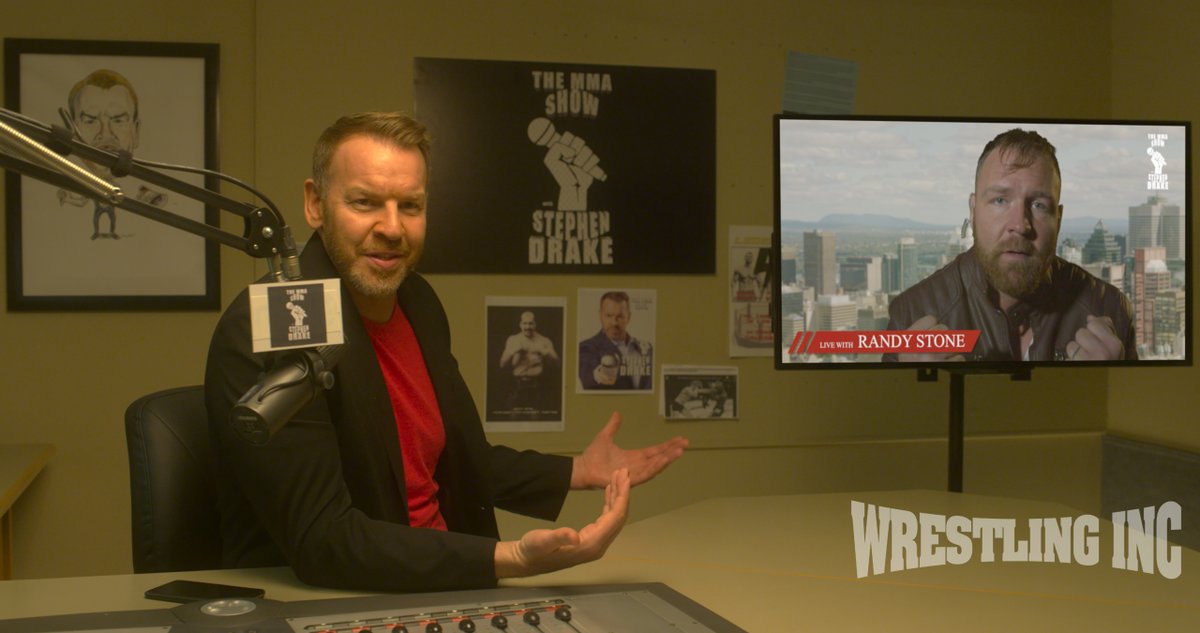 AEW Superstar Jon Moxley and former WWE World Heavyweight Champion Jay Reso, f.k.a. Christian, will be starring in the upcoming movie, CageFighter, which will be released later this year.

In the movie, Reso plays the character "Stephen Drake", who is the host of the world's largest MMA podcast called, THE MMA SHOW WITH Stephen Drake. In the exclusive photo below sent to Wrestling Inc., Reso's character is interviewing Jon Moxley, who plays "Randy Stone", the world's top pro wrestler who is going to be fighting in an MMA bout.

The movie was produced in partnership with Canadian company, LEX, which is headquartered in the town of Regina, where the movie was filmed. LEX's logo and marketing materials were used throughout the film, including in the photo of Liddell below on his shirt.

Reso is also an Executive Producer, and was responsible for Moxley being cast in the movie.

You can check out the photos below: