Former WCW star Van Hammer has been arrested and charged with DUI after an incident in Boynton Beach, Florida on Sunday, according to TMZ.

The report notes that Hammer allegedly hit a 5 year old boy with his car while driving drunk on Sunday. Boynton Beach Police say Hammer was driving 58 mph in a 35 mph zone, and was drunk when he hit the young boy, who was riding on a bike with training wheels. The boy reportedly flew on top of the hood of Hammer’s car, and suffered possible internal injuries. He remains in stable condition at a local hospital.

Hammer, in handcuffs, appeared before a judge this morning and was officially charged with first degree felony hit & run, and DUI. It was pointed out that Hammer has two previous DUI arrests on his record. His bail was set at $125,000 with an option for house arrest, and he was ordered to stay away from drugs, alcohol, and weapons.

Above is local news video on the incident, and below is Hammer’s mugshot photo, courtesy of TMZ: 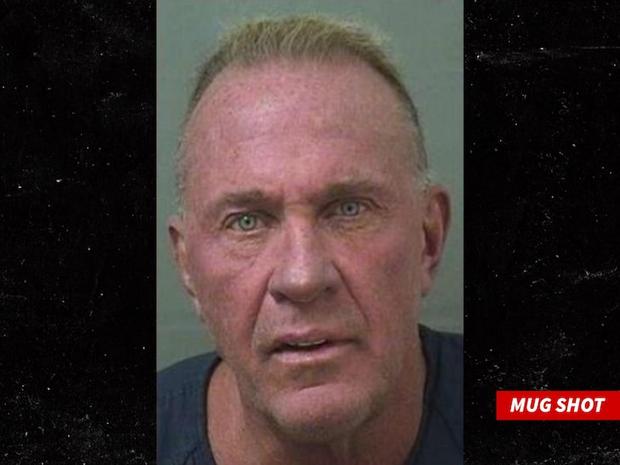