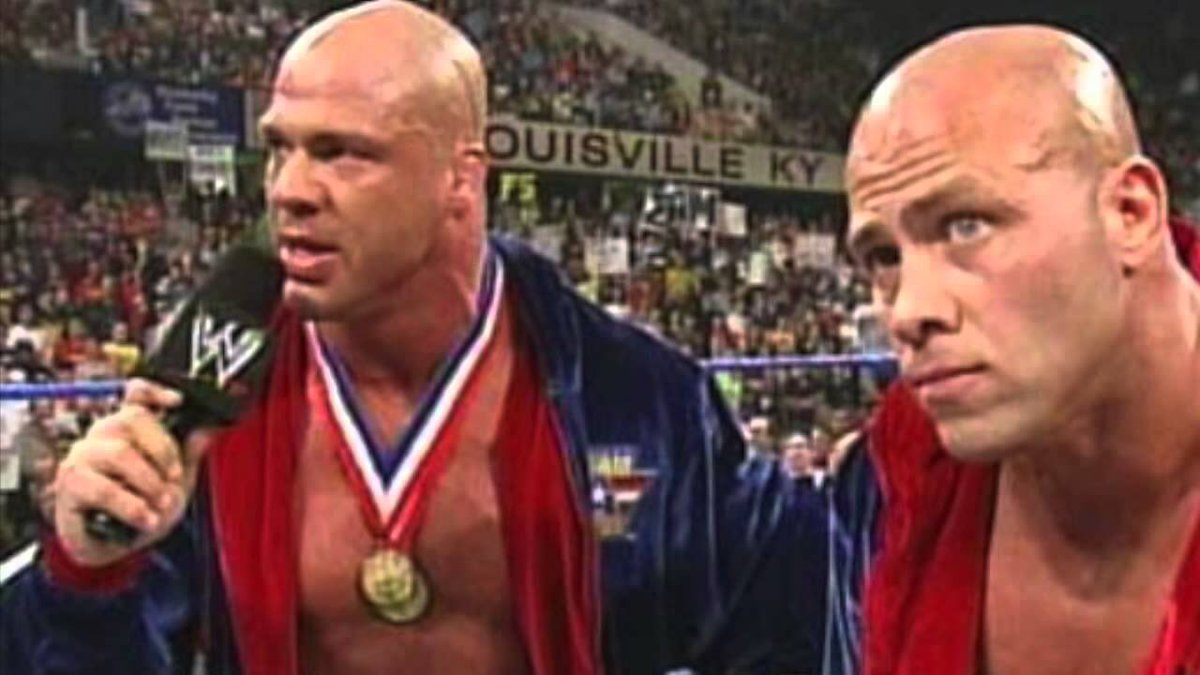 Former WWE developmental talent Eric Angle has plead guilty to charges related to an operation that manufactured and sold steroids on the dark web, according to Cleveland.com.

Eric is the younger brother to WWE Hall of Famer Kurt Angle, and has appeared on WWE TV with his brother.

Authorities allege that Angle, John Ambrose and Ronald Roginsky were a part of the "qu4ntum" group that used dark websites like AlphaBay, Wall Street, and Dream Market to sell the steroids. They also sold the drugs in person and on the regular web, but most of the business was done on the dark web. The group imported chemicals from China and shipped the steroids throughout the United States.

The group was indicted on September 18 and their trial was set for next week in front of U.S. District Judge James Gwin, but the defendants have reached plea agreements. Angle and Ambrose pleaded guilty to a drug conspiracy charge on Monday, while Roginsky admitted to drug and money laundering charges. Prosecutors said Roginsky and Ambrose, of Chicago, were responsible for the sale of at least 60,000 units of steroids. Angle, who lives near Pittsburgh, admitted on Monday to buying 721 grams of liquid steroids for redistribution. The 52 year old Roginsky was said to be the leader of the ring, and he manufactured the steroids, then sold them online using bodybuilding forums at first. Roginsky used 10 different Post Office boxes and a UPS Store to receive the chemicals used to make the steroids, and to receive payments. Roginsky agreed to fulfill dark web sales in the fall of 2018, and then laundered proceeds through bank accounts and a line of credit. Roginsky also used money from the operation to make a down payment on a home and to buy a car. Roginsky told a US Postal inspector during a November 2018 raid at his home that he had not worked a job for the past 2 years.

Angle, Ambrose and Roginsky will all be sentenced in April, but there's no word yet on how long they will be going away for.

Angle was originally facing several charges when arrested last year, including conspiracy to distribute controlled substances and conspiracy to import controlled substances, among others. Angle previously faced simple assault charges from an incident that took place when he was a coach for a junior wrestling team. A video showed Eric picking a student up by the throat, and then slamming him to the mat. The charges were dropped in July of last year.

Eric appeared for WWE at the Survivor Series 2000 pay-per-view to help Kurt retain the WWE Title over The Undertaker, by wearing the same gear and switching places. Eric was later signed to a developmental deal and sent to OVW to train. He worked another WWE TV storyline with his brother and Brock Lesnar in 2003, which led to Lesnar vs. Angle at WrestleMania XIX, where Kurt retained the WWE Title. Eric made his last WWE TV appearance on the post-WrestleMania SmackDown, and was then released from his developmental deal in 2003. He made a few indie appearances in the summer of 2003, but suffered injuries and retired from the business.

Stay tuned for an update on sentencing in April.

Previous Article
How Was Viewership For The First WWE SmackDown Episode Of 2020?
Next Article
Big Show On Samoa Joe And Kevin Owens, Liv Morgan And Others Set For WWE's The Bump, RAW Top 10