Rousey wrote in the video description, "Ronda Rousey gives an intro into Ashi Waza which is going to branch off into pretty much everything in the future. It's important and is fun to say and do!"

- Crunchyroll sent word that injured WWE SmackDown Superstar Xavier Woods will be hosting their fourth annual Anime Awards on Saturday, February 15. The winners will be revealed during a live stream from the Crunchyroll headquarters in San Francisco CA at 8pm ET. Voting for the awards ends later tonight at midnight, but full details are available on the awards website.

Woods suffered an Achilles tear at a WWE live event in Sydney, Australia last year and underwent surgery on October 25. There is no timetable for his return, but he's expected to be out for a few more months, likely until around the summer. Crunchyroll sent us the following bio they used for Woods, who is a longtime anime fan:

"A Georgia native with a true love for sports entertainment, Xavier Woods followed his heart to WWE Superstardom. The purveyor of positivity may have won multiple WWE Tag Team Championships as one-third of The New Day, but he also welcomes all challengers in the gaming arena as the host of his own YouTube gaming show, UpUpDownDown. Having earned both a master's degree and a PhD, Xavier Woods combines brain power with star power to be one of WWE's most versatile Superstars."

- The Bella Twins will be guest starring on the return of Nickelodeon's "The Substitute" prank show on the Friday, January 31 episode, according to The Wrap.

The Wrap described the segment with The Bella Twins like this: "Using costumes and prosthetics to hide her identity, Nikki Bella transforms into three unrecognizable characters to prank the children at Las Palmas Middle School in Covina, California. First up, she's an eccentric gym teacher who brings her dog-training techniques to the field. Next, Nikki plays an awkward speech teacher preoccupied by her upcoming maid of honor duties. Finally, the woman who used to put away her opponents with the Rack Attack embodies a career counselor obsessed with clowns. And for the first time in the prank show's history, the Substitute brings a tag-team partner: Brie Bella will help her twin sister navigate the nonsense from the control room."

"The Substitute" features celebrities who are transformed by a team of special effects artists from Hollywood, to go undercover as a substitute in schools, camps, and other locations. After a day of "ridiculous mayhem" and surprising kids, the celebrity reveals themselves and the featured school receives a donation of $25,000.

Below are a few photos of The Bella Twins on the show, courtesy of The Wrap: 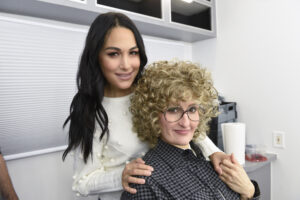 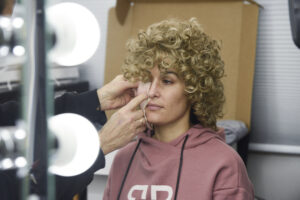 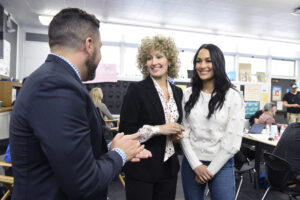 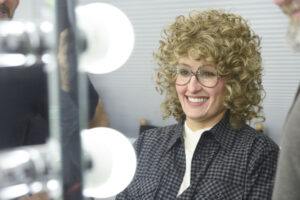 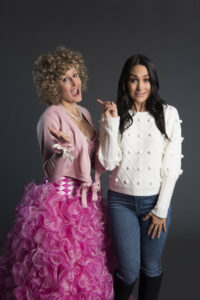 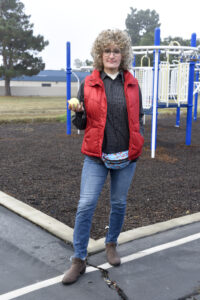