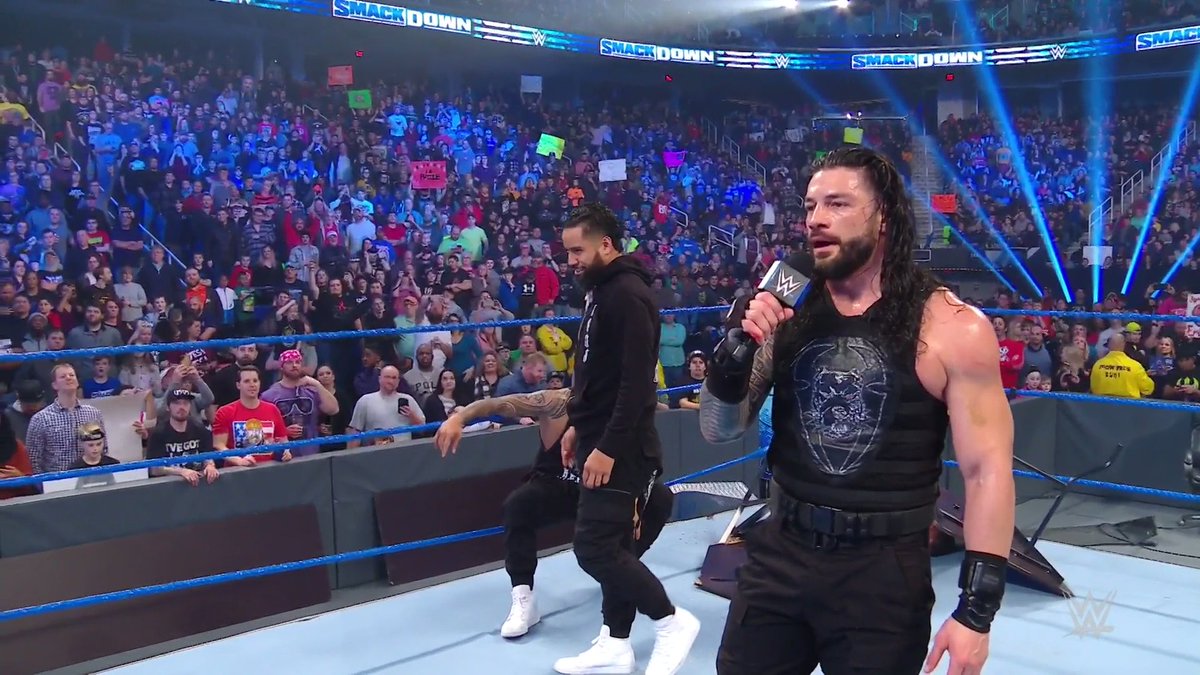 Roman Reigns vs. King Baron Corbin will now be a Falls Count Anywhere match at the WWE Royal Rumble.

Tonight's SmackDown on FOX main event saw Reigns defeat Robert Roode in a Tables Match. Per the stipulation on the Tables Match, Reigns was allowed to choose the stipulation for his match with Corbin at The Rumble. Reigns said next Sunday's big event will be held in a baseball stadium, and he plans to beat Corbin all over it.

Corbin and Reigns will also be in the 30-Man Royal Rumble Match later that night, which means we could see the Falls Count Anywhere bout take place early in the night.

Below is the updated announced Rumble card, along with video of Reigns closing this week's show:

.@WWERomanReigns has made his choice.