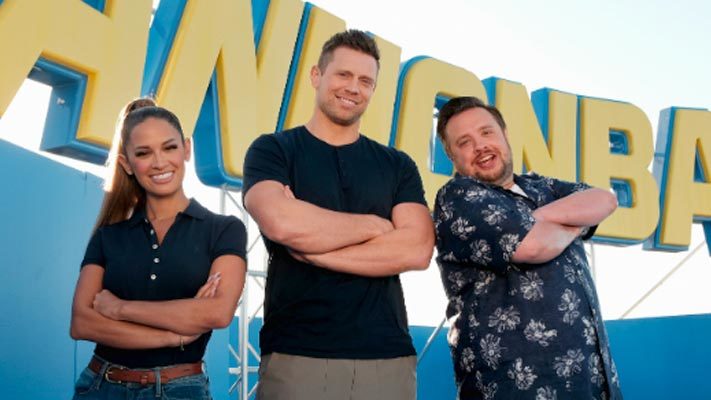 WWE SmackDown Superstar The Miz is set to host a new show on the USA Network.

Miz will be the host of USA's "Cannonball" competition series, which will be like the old "Wipeout" show, according to The Wrap. Miz will be joined by co-host Rosci Diaz and sideline reporter Simon Gibson.

The 10-episode "Cannonball" show will premiere on the USA Network this summer, featuring contestants from across America who face off in the "biggest, wettest, slippery-est water sports competition ever created," according to a press release. Contestants will slide off a 100-foot waterslide and drop from one of the world's fastest drop towers, among other water activities. The winner will take home a $10,000 cash prize.

USA released the following bio on the former WWE Champion to promote the show:

"First introduced to TV audiences as one of the seven strangers on 'The Real World: Back to New York,' Mizanin parlayed his reality TV fame into a successful WWE career. Making his WWE debut in 2006, he has since gone on to hold multiple championship titles including the WWE Championship, Intercontinental Championship, and Tag Team Championship. Mizanin has also starred in several films produced by WWE Studios, including 'The Marine 3: Homefront,' 'The Marine 4: Moving Target,' 'The Marine 5: Battleground,' 'The Marine 6: Close Quarters,' 'Christmas Bounty' and 'Santa's Little Helper.'"

Stay tuned for updates on the show, which is produced by ITV America's ITV Entertainment, and based on the original format by ITV Studios Netherlands, and licensed by ITV Studios.