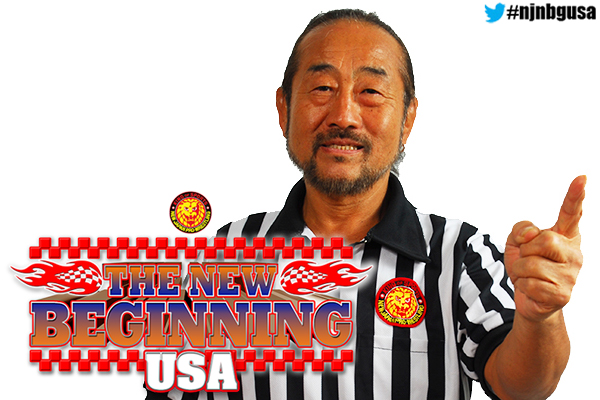 NJPW has announced that Tiger Hattori will be at New Beginning USA: Tampa on January 24. Before the matches start, he will be addressing fans.

NJPW star and one-half of the IWGP Tag Team Champions David Finlay commented on the news. Finlay tweeted, "He's going to be the new Terry Funk."

The NJPW referee officiated his last match in the United States back in September at Fighting Spirit Unleased: New York.

Hattori will be retiring next month. He will referee for the last time during a special event on February 19 in Korakuen Hall.

New Beginning USA: Tampa will be at the St. Petersburg Coliseum.

He's going to be the new Terry Funk. https://t.co/EPSmO7ofrE