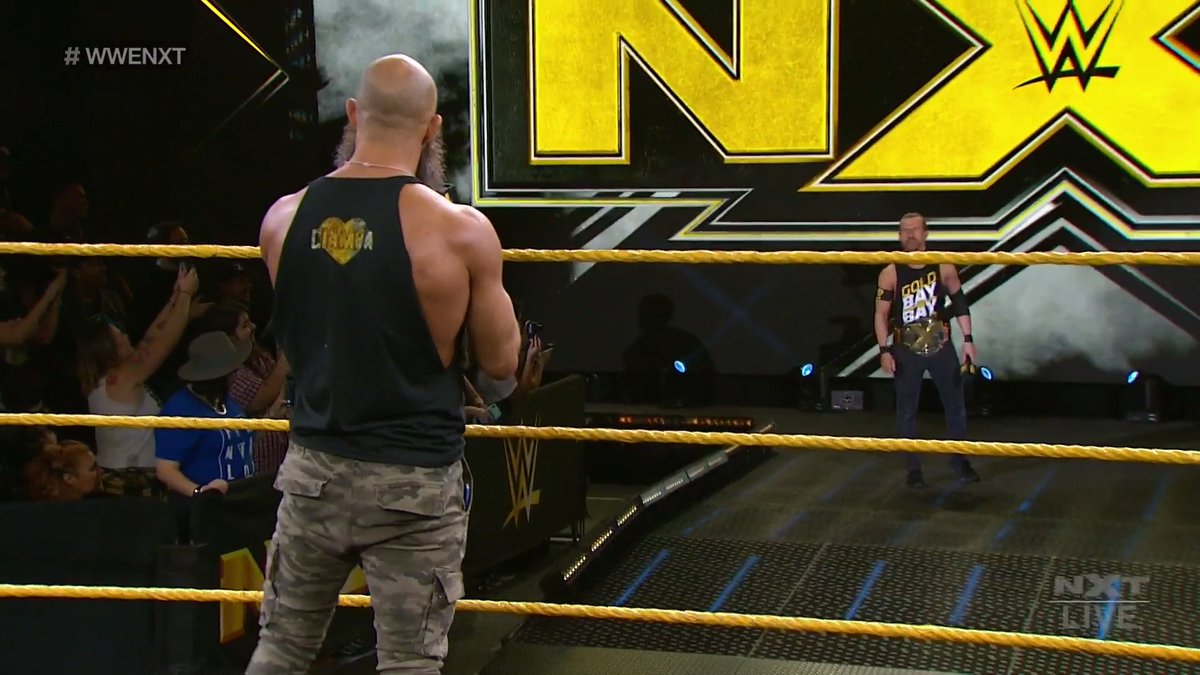 Tommaso Ciampa vs. WWE NXT Champion Adam Cole is now official for the upcoming NXT "Takeover: Portland" event. The title will be on the line.

Tonight's NXT episode on the USA Network saw NXT General Manager William Regal make the match official after Cole signed the contract in an off-camera segment while Ciampa was laying out the rest of The Undisputed Era backstage. Ciampa then went to the ring with a table and promised to put Cole through it tonight. Cole came out of Regal's office to see what happened to his partners, and he then confronted Ciampa in the ring. They brawled until Ciampa put Cole through the table. Ciampa, who was bleeding from the top of his head and possibly his wrist, then wiped blood all over the contract, and the title belt.

NXT "Takeover: Portland" will take place on Sunday, February 16 from the Moda Center in Portland, Oregon, and will air live on the WWE Network.

Below is the current "Takeover: Portland" card, along with a few shots from tonight's segment on the USA Network:

"I'm the guy who never lost the #NXTTitle.

Hand that contract over, @RealKingRegal.

Another day at the office.