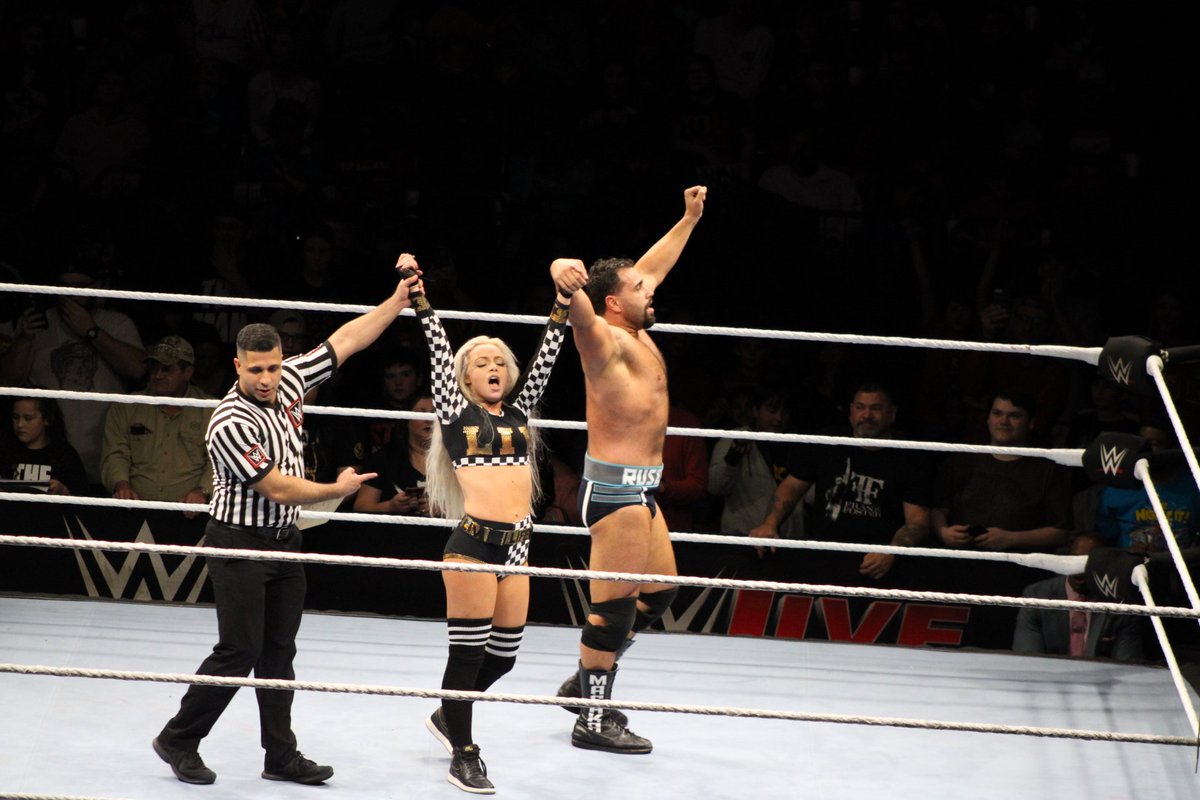 Thanks to Peyton Fields for the following WWE live event results from Friday's show at the Cajundome in Lafayette, Louisiana:

* Byron Saxton was the host for the night. There was a tribute for WWE Hall of Famer Rocky Johnson

* RAW Tag Team Champions The Viking Raiders retained over Luke Gallows and AJ Styles with the pin on Gallows. Karl Anderson was not there

* Liv Morgan and Rusev defeated Lana and Bobby Lashley. Liv looked great as far as no ring rust goes. She came out to the same theme she has on WWE 2K20, which is different from the other

* They did a WWE 24/7 Title change with Mojo Rawley dropping the title to R-Truth. Mojo won the title right back and left the show as champion

* Aleister Black defeated Buddy Murphy by disqualification. Seth Rollins and The Authors of Pain came out during the match and Black got ready to fight. Rollins sent AOP into the ring and they beat Black down. The attack continued until the save was made to set up the main event