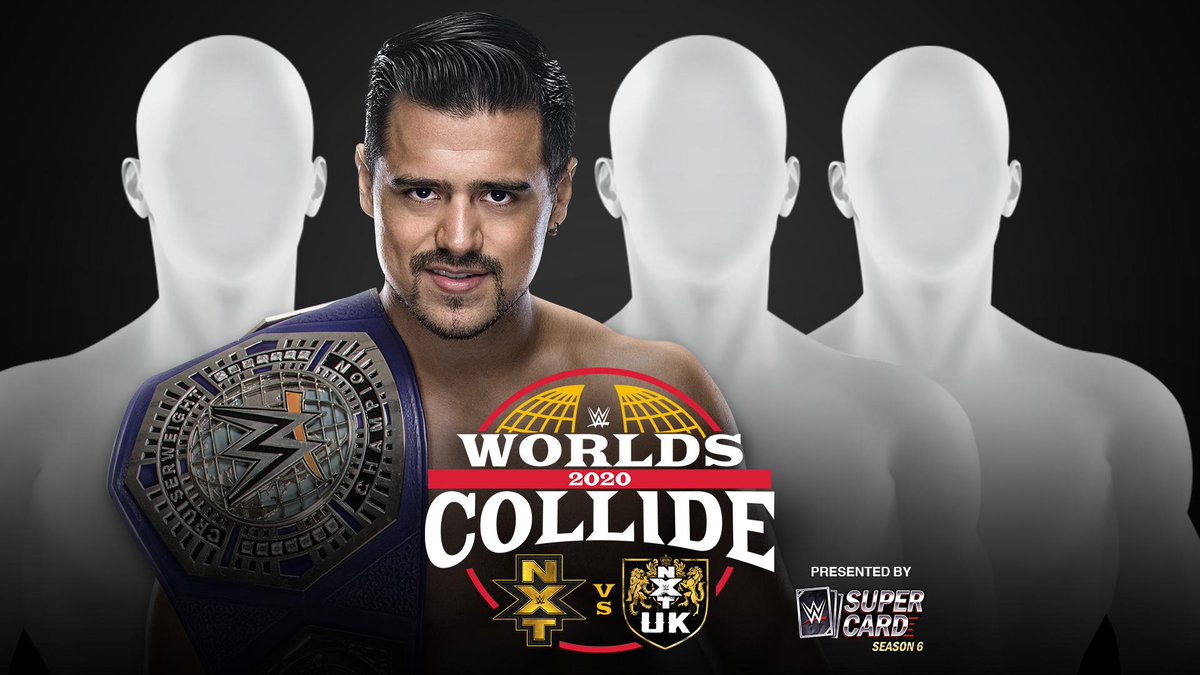 WWE NXT Cruiserweight Champion Angel Garza will be defending his title at the upcoming WWE Worlds Collide event in a Fatal 4 Way match.

It was announced on today's edition of WWE's The Bump that there will be a Triple Threat on tonight's NXT episode on the USA Network, featuring Lio Rush vs. Tyler Breeze vs. Isaiah "Swerve" Scott.

The winner of that Triple Threat will go on to challenge Garza for the title at Worlds Collide, in the Fatal 4 Way with two other NXT UK Superstars to be revealed soon. There's no word yet on who the NXT UK Superstars in the match will be.

Worlds Collide will take place from the Toyota Center in Houston, Texas on Saturday, January 25.

Below is the updated line-up for tonight's NXT episode:

Stay tuned for updates on tonight's NXT show and Worlds Collide, and be sure to join us for live NXT coverage at 8pm ET tonight.