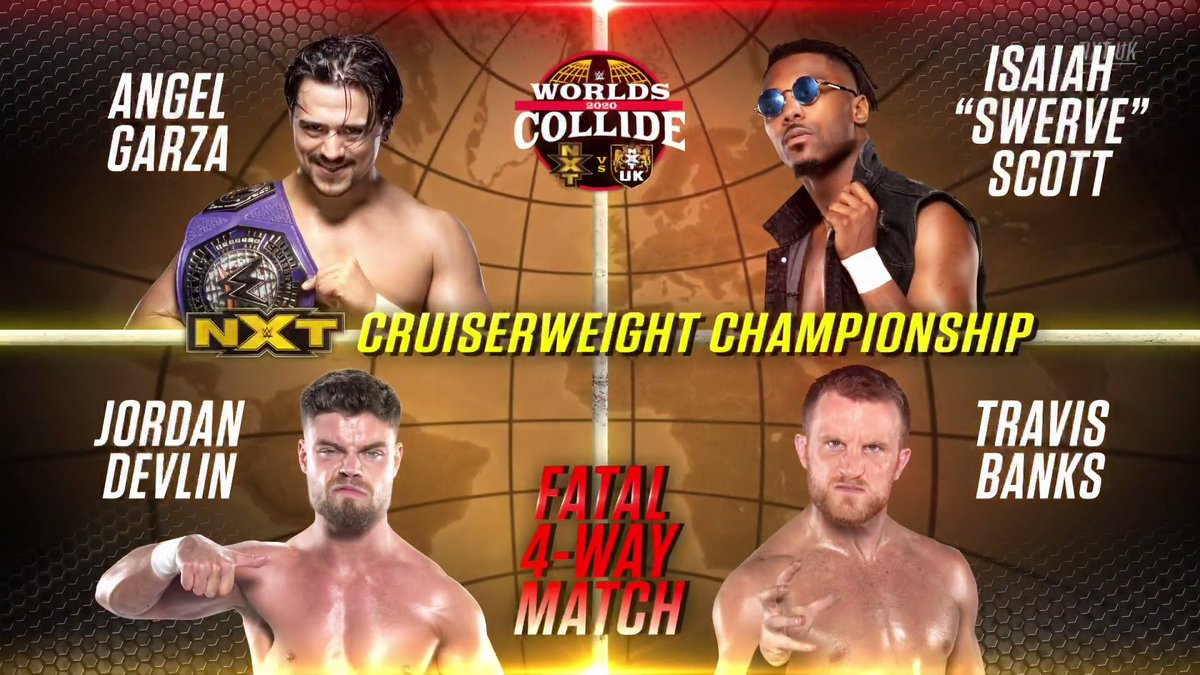 Today's NXT UK episode on the WWE Network saw Jordan Devlin defeat Ligero to qualify for the match, while Travis Banks defeated The Brian Kendrick to earn the final spot.

WWE Worlds Collide takes place this Saturday, January 25, 2020 from the Toyota Center in Houston, Texas during Royal Rumble Weekend. The big event will air live on the WWE Network with NXT vs. NXT UK matches, and we will have full coverage here on the site beginning at 6:30pm ET with the Pre-show.

Below is the current Worlds Collide card: