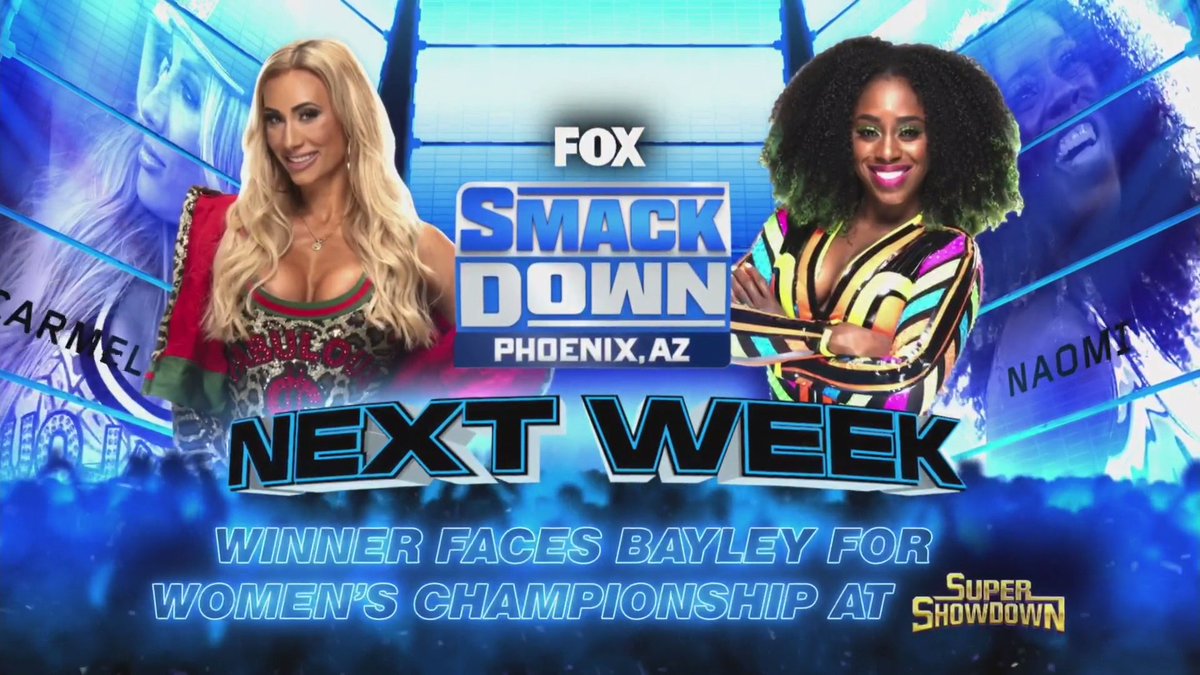 The WWE women's division will be represented in Saudi Arabia for the second time at WWE Super ShowDown later this month.

Tonight's WWE SmackDown on FOX saw SmackDown Women's Champion Bayley reveal that she will be defending her title at Saudi Arabia. She made the announcement after retaining over Carmella. The post-match angle saw Carmella and Naomi double-team the champion. It was later announced that next Friday's SmackDown episode from Phoenix will feature Naomi vs. Carmella in singles action. The winner will be the new #1 contender to Bayley for a title shot at Super ShowDown in Saudi Arabia.

The first-ever women's match took place back on October 31, 2019 at WWE Crown Jewel in Riyadh as Natalya defeated Lacey Evans by submission. WWE officials reportedly fought hard for the women to be able to wrestle.

WWE returns to the Kingdom of Saudi Arabia on Thursday, February 27 for Super ShowDown from Mohammed Abdou Arena at The Boulevard in Riyadh. The event will air live on the WWE Network at 12pm ET, and we will have live coverage as it happens.

Below is the current announced card for WWE Super ShowDown 2020:

Previous Article
AEW Double Or Nothing Close To Selling Out, News On AEW Tickets For Philadelphia And Boston Returns
Next Article
Goldberg Returning To WWE SmackDown Next Week