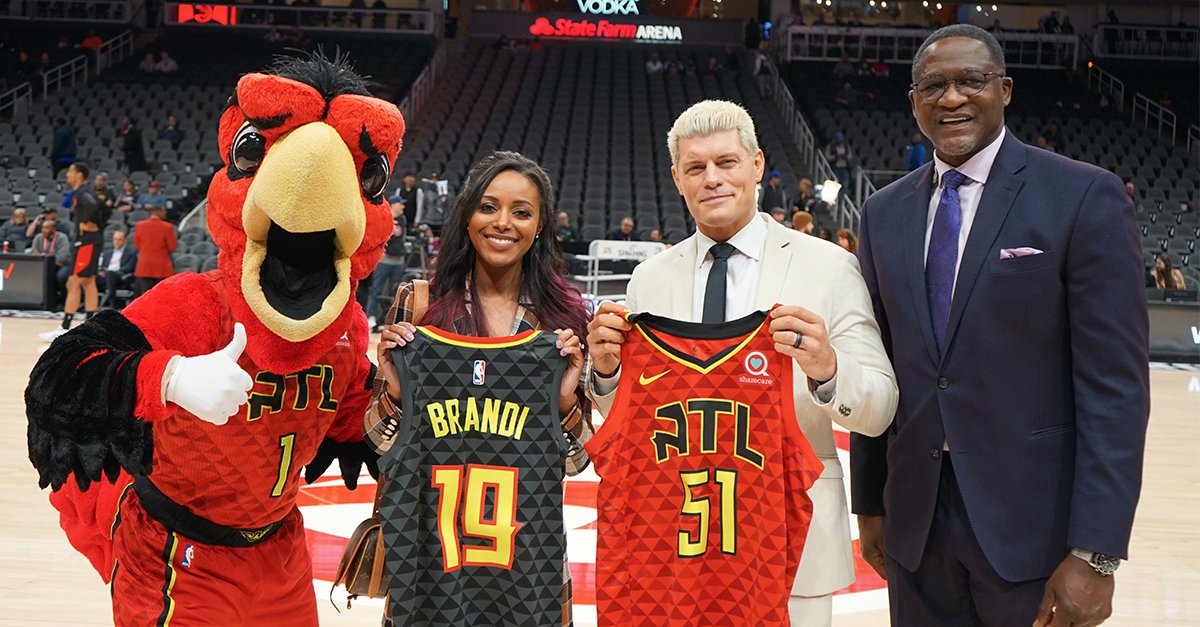 The Atlanta Hawks presented Brandi and Cody Rhodes with ceremonial jerseys this afternoon.

AEW Dynamite will be making its Atlanta debut on Wednesday, February 19. At the upcoming show, Cody Rhodes will face Wardlow in AEW's first-ever Steel Cage match.

There will also be a Tag Team Battle Royal with the winners going on to the Revolution PPV on February 29 to face AEW World Tag Team Champions Adam Page and Kenny Omega.

Below are photos of Brandi and Cody at CBS46 and the Atlanta Hawks game:

.@TheBrandiRhodes and @CodyRhodes here with @DWilkins21 were presented ceremonial jerseys today prior to this afternoon's @ATLHawks game. #AEW makes its Atlanta debut on Wed, Feb 19th and you can find tickets at https://t.co/UN1cNj1kQq pic.twitter.com/xS7nr0e5g9