Jeff Cobb Reportedly A Free Agent While On AEW Dynamite 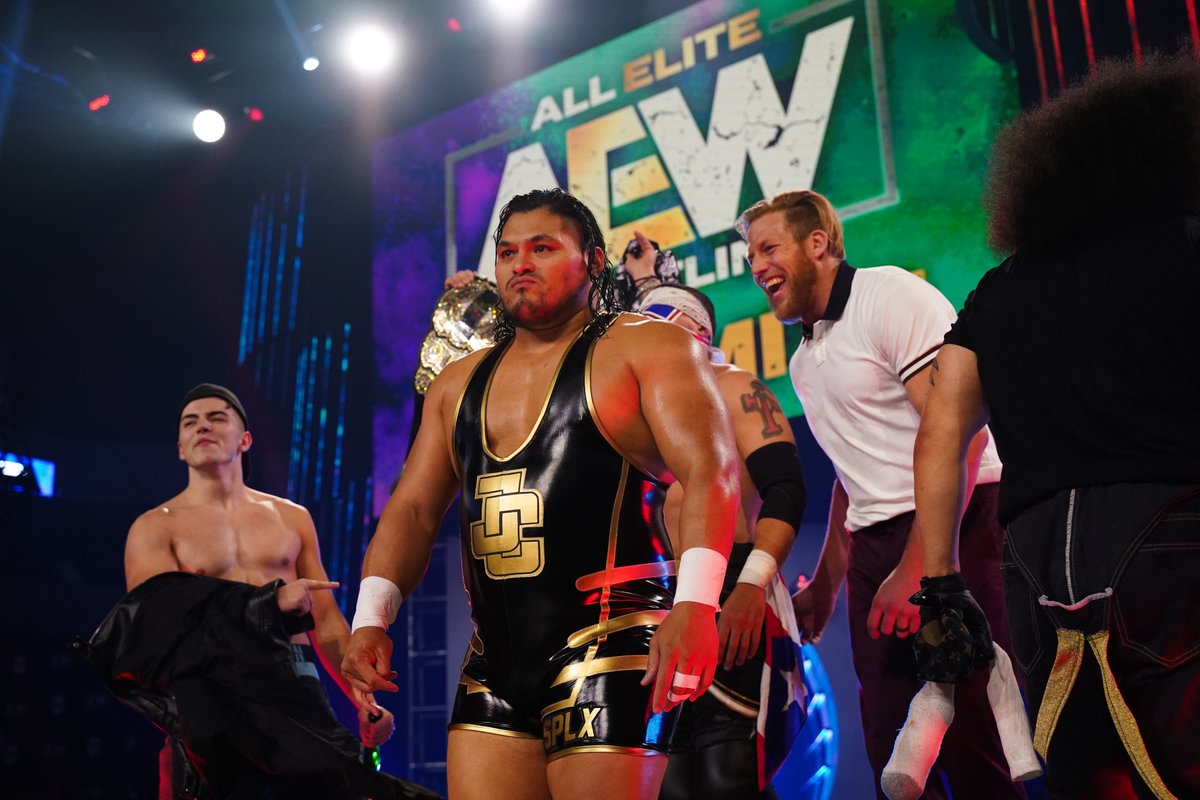 Jeff Cobb has arrived in AEW, but word is that he's still a free agent.

As Josh noted earlier tonight, it was announced during this week's Dynamite episode from Austin, TX that AEW World Champion Chris Jericho had hired Cobb to take out Jon Moxley in a singles match on next Wednesday's show. Jericho is set to defend his title against Moxley at AEW's Revolution pay-per-view at the end of this month. Cobb later made a surprise debut at the end of this week's Dynamite, which came after Moxley defeated Santana in the main event. The Inner Circle attacked Moxley after the match and Jericho dropped him with a Judas Effect. Jericho then called Cobb out to the ring. Cobb came out to a reaction and then left Moxley laying after hitting a Tour of the Islands. Cobb celebrated with The Inner Circle to end the show.

Cobb is not currently signed to an AEW contract, according to PWInsider. The ROH & NJPW star remains a free agent. It was noted that Cobb's appearance on Dynamite was not a sign that AEW has a new working relationship with Ring of Honor or New Japan Pro Wrestling. Cobb was booked directly by AEW as he's free to work anywhere he wants. There's no word yet on if Cobb's looking to sign with AEW or any other promotion soon, but we will keep you updated.

The 37 year old Cobb is currently scheduled to team with Dan Maff to face KENTA and Taiji Ishimori at ROH's Supercard of Honor event on April 4 during WWE's WrestleMania 36 weekend.

After tonight's surprise debut, Cobb vs. Moxley is still scheduled for next week. AEW is billing Cobb as a "hired gun" or a "bounty hunter mercenary" type.

Below are a few shots from tonight's debut in Austin, along with the teaser promo that aired and AEW's tweet declaring that Cobb is "all elite" now:

The hired gun @RealJeffCobb is ready to dismantle @JonMoxley! pic.twitter.com/ea4M1X2nXL

A pair of ROH's toughest competitors will square off against two top stars from Bullet Club when Jeff Cobb & Dan Maff face KENTA & Taiji Ishimori in a tag match at #SupercardofHonor in Lakeland, FL on April 4.

Previous Article
Title Match And The Velveteen Dream's Return Set For WWE NXT, The Robert Stone Brand Relaunching
Next Article
Triple H On If Shayna Baszler Has Officially Joined Raw, If There's A Fight To Keep Keith Lee In NXT