NJPW Road To The New Beginning (2/4): Chaos Vs. Suzuki-gun, Bullet Club In Action 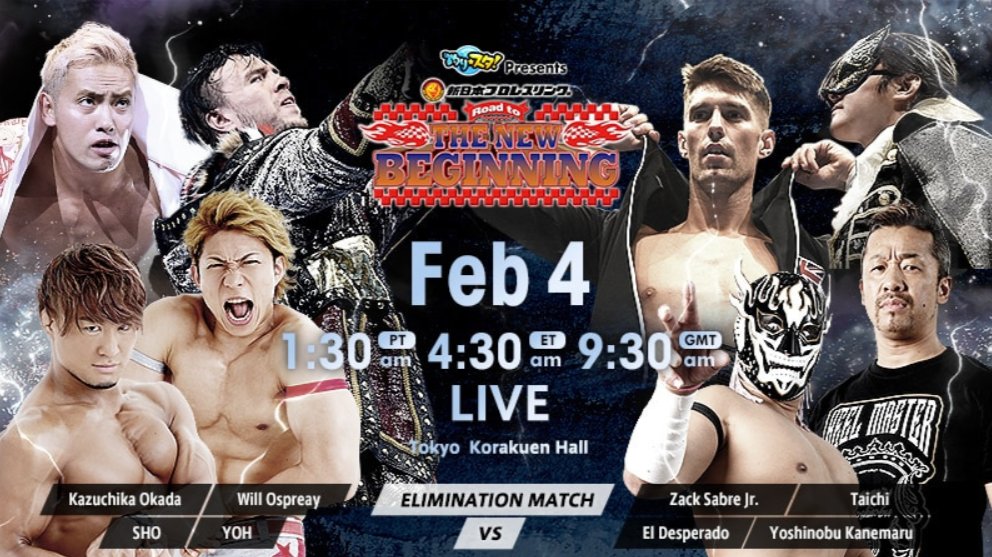 The next NJPW Road to the New Beginning event will be on Wednesday, February 5. The main event will be Bullet Club vs. Los Ingobernables de Japon.

Previous Article
AEW Says Awesome Kong Might Not Return To The Ring After Attack On Tonight's AEW Dark Episode
Next Article
Congressman Compares State Of The Union Address To Professional Wrestling, Paige & Others Respond