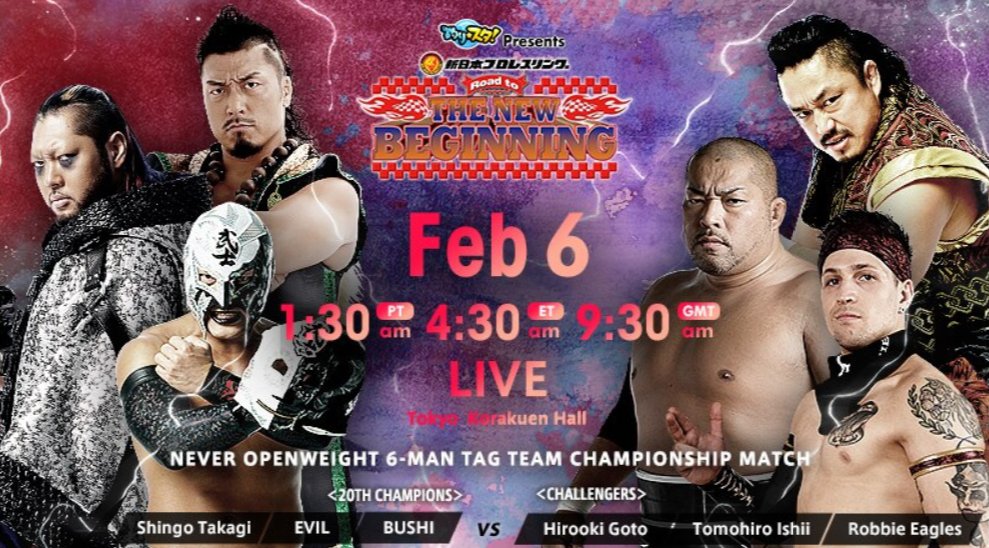 The next NJPW event will be on February 9 in Osaka at Osaka-Jo Hall.