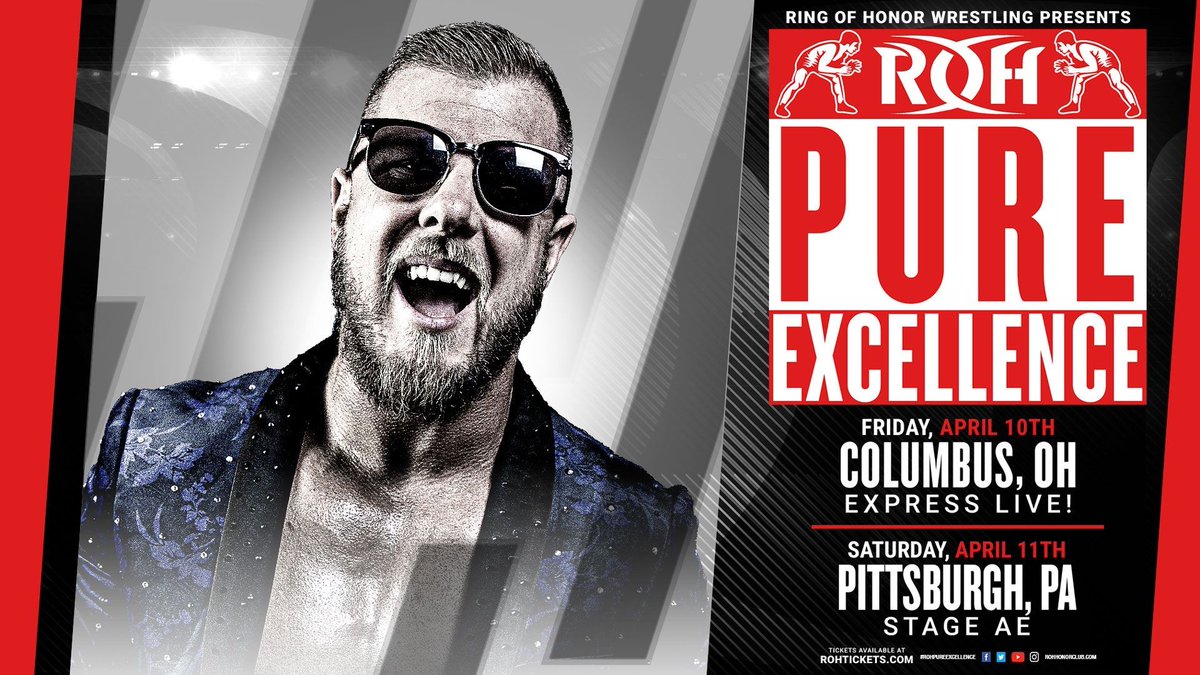 Ring of Honor has announced Slex as the newest participant for the Pure Title tournament.

The Pure Title tournament will crown the first ROH Pure Champion since 2006. The title was first introduced in 2004. Former champions include AJ Styles, Jay Lethal, Samoa Joe, and Nigel McGuinness.

The tournament kicks off on April 10 at ROH Pure Excellence night one in Columbus, OH. Night two takes place on April 11 in Pittsburgh, PA. The quarterfinals will be held at ROH Battlestarr 2020.

ROH hasn't announced yet when the semifinals and finals will take place.

Tournament to crown ROH Pure Champion begins at #PureExcellence in Columbus, OH on April 10 and Pittsburgh, PA on April 11.