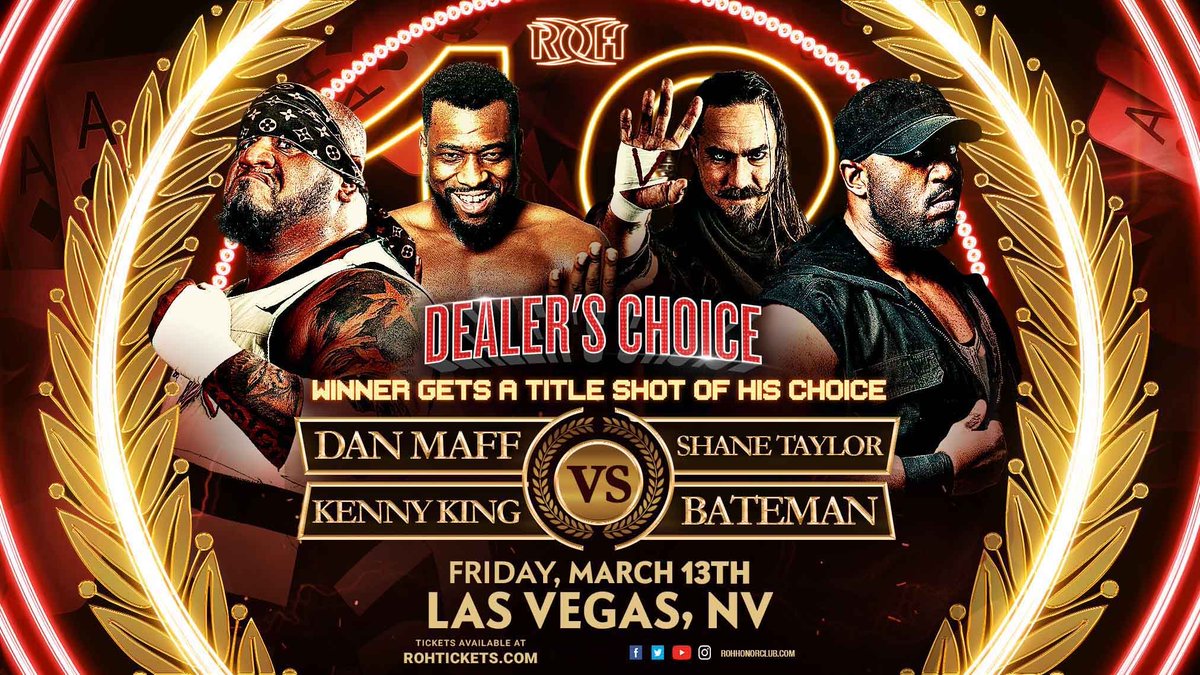 Ring of Honor has announced a Dealer's Choice match for the upcoming 18th Anniversary pay-per-view.

The match will see Dan Maff, Shane Taylor, Kenny King and Tyler Bateman do battle in a Fatal 4 Way. The winner will earn a future title shot of his choice.

Below is the updated card for the pay-per-view:

Slex vs. Adam Brooks in his debut

The Briscoes vs. Joe Hendry and Dalton Castle

Previous Article
Vickie Guerrero On WWE Cutting Ties With Her Over AEW
Next Article
Miz & Mrs. Draws Best Viewership Of The Second Season