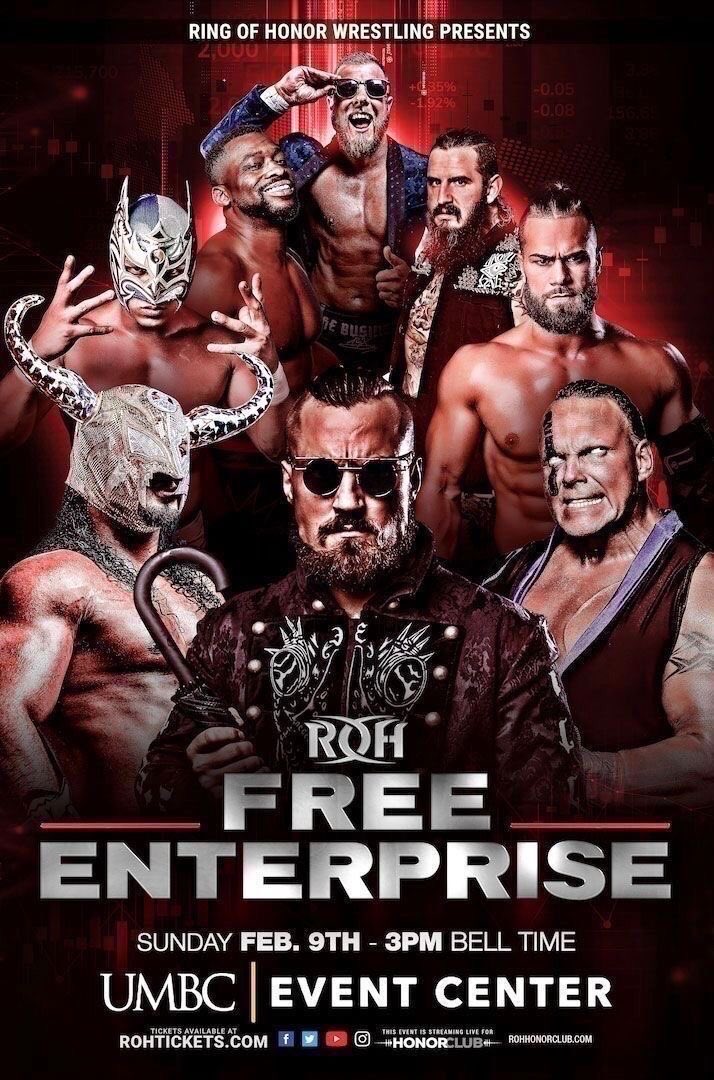 Ring of Honor Free Enterprise was today in Baltimore at the UMBC Event Center. In the main event, Marty Scurll and PCO defeated Nick Aldis and RUSH.