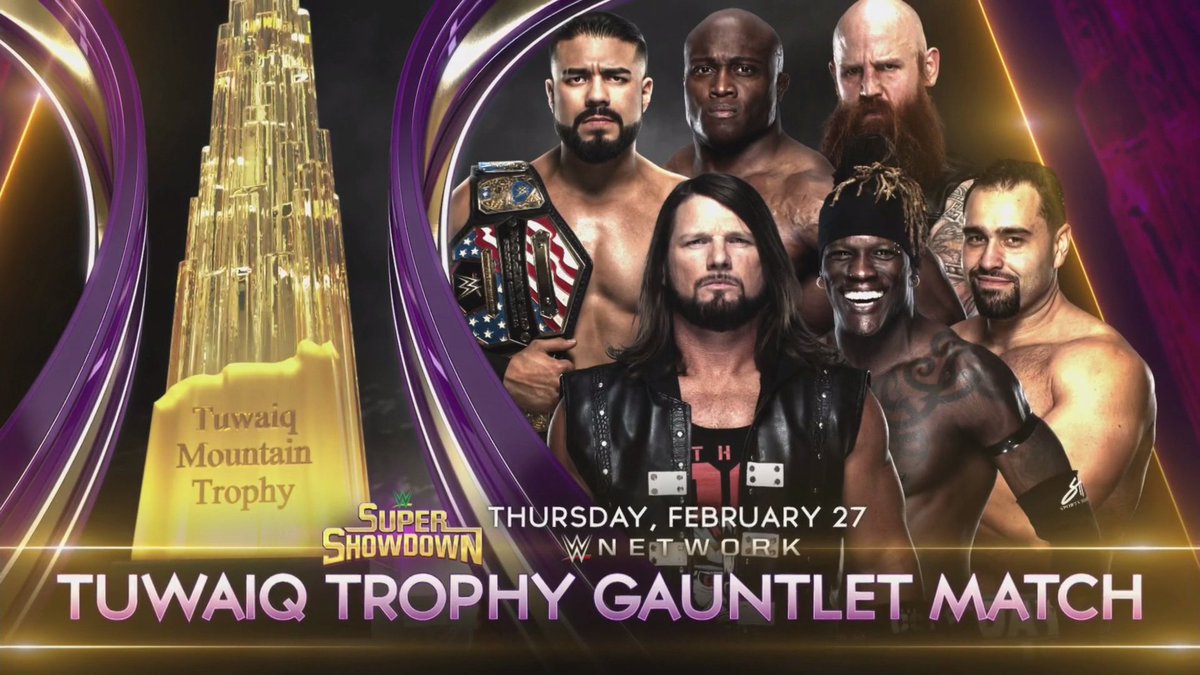 The Gauntlet will feature AJ Styles, R-Truth, Rusev, Bobby Lashley, Erick Rowan and WWE United States Champion Andrade, who is set to return from his thirty-day WWE Wellness Policy suspension on that day.

The winner of the Gauntlet will win the Tuwaiq Mountain Trophy, which you can see in the tweet below.

The Tuwaiq region of Saudi Arabia consists of valleys and mountains, and includes the capital of the Kingdom, Riyadh, which is where Super ShowDown will be held.

WWE's return to the Kingdom of Saudi Arabia will take place on Thursday, February 27. Super ShowDown will air live on the WWE Network from King Fahd International Stadium in Riyadh.

Below is the current announced card for WWE Super ShowDown 2020: