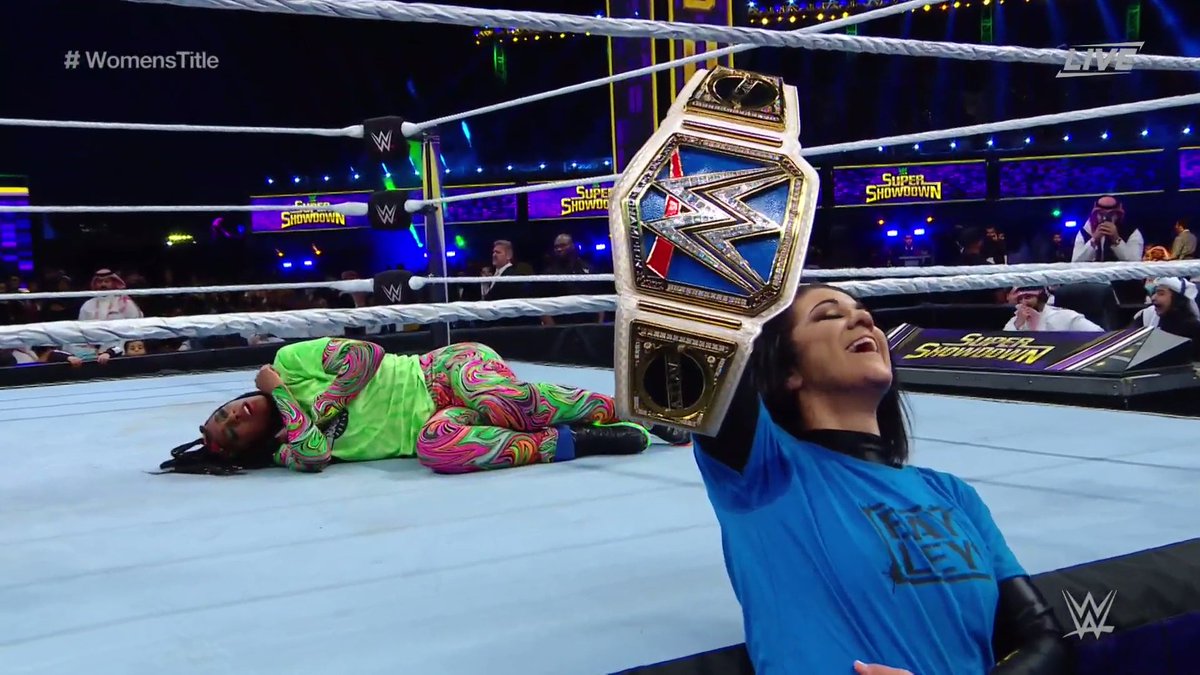 Back from a few breaks and out first comes Naomi as the fireworks go off. SmackDown Women's Champion Bayley is out next. We get formal ring introductions before the match.

The bell rings and they go at it. Naomi with an early tackle. Naomi with more offense and an uppercut. Naomi goes on and hits the split leg drop for a close 2 count. They lock up again and Bayley kicks her. Bayley focuses on the left arm and talks some trash. Bayley works Naomi over and looks a bit surprised as Naomi fighting back. Naomi with a big kick to the gut. Naomi goes on and hits the headscissors takedown. Naomi talks trash and ends up hitting a big corkscrew plancha on the floor. Bayley lands hard on her neck.

Naomi comes right back with stiff kicks. Bayley dodges a kick. Naomi with an over head kick and double boots to the face. Bayley catches her with a Bayley-to-Belly suplex out of nowhere for a 2 count. More back and forth on their feet now. Bayley drops Naomi for a 2 count. Bayley rocks Naomi with a big kick. Bayley with a back suplex. Naomi counters a move. Bayley comes right back with a running knee in the corner. Bayley goes to the top but Naomi rocks her from behind. Naomi goes for the split-legged moonsault but she lands hard as Bayley moves.

Bayley traps Naomi's legs in the short she is wearing. Bayley uses that trap to drive Naomi face-first into a knee and the mat. Bayley covers for the pin to retain.