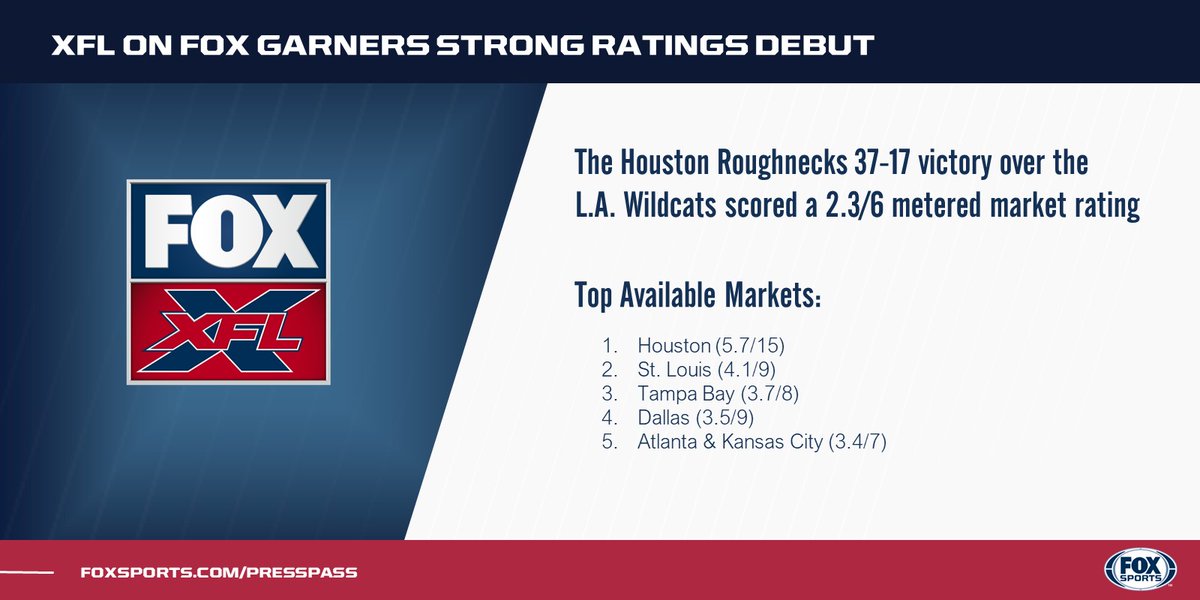 FOX announced that their first XFL game, The Houston Roughnecks defeating the L.A. Wildcats this past Saturday, scored a 2.3 rating in the early metered markets. The final rating should be available soon.

Zack Guzman of Yahoo noted that the audience for the game was 2.77 million viewers, down 16% from the 3.3 million viewers scored by the XFL game on ABC immediately preceding it.

The original XFL debuted to a massive 9.5 rating and 14 million viewers on NBC in February of 2001. Ratings collapsed immediately, bottoming out in weeks eight and nine with a 1.5 rating, an 84% drop from the premiere. The final XFL game on NBC scored a 2.1 rating.

The ratings for Sunday's XFL games on FOX and ESPN are not yet available.

The XFL on FOX starts off strong! ?? pic.twitter.com/1SEa0EFG6I