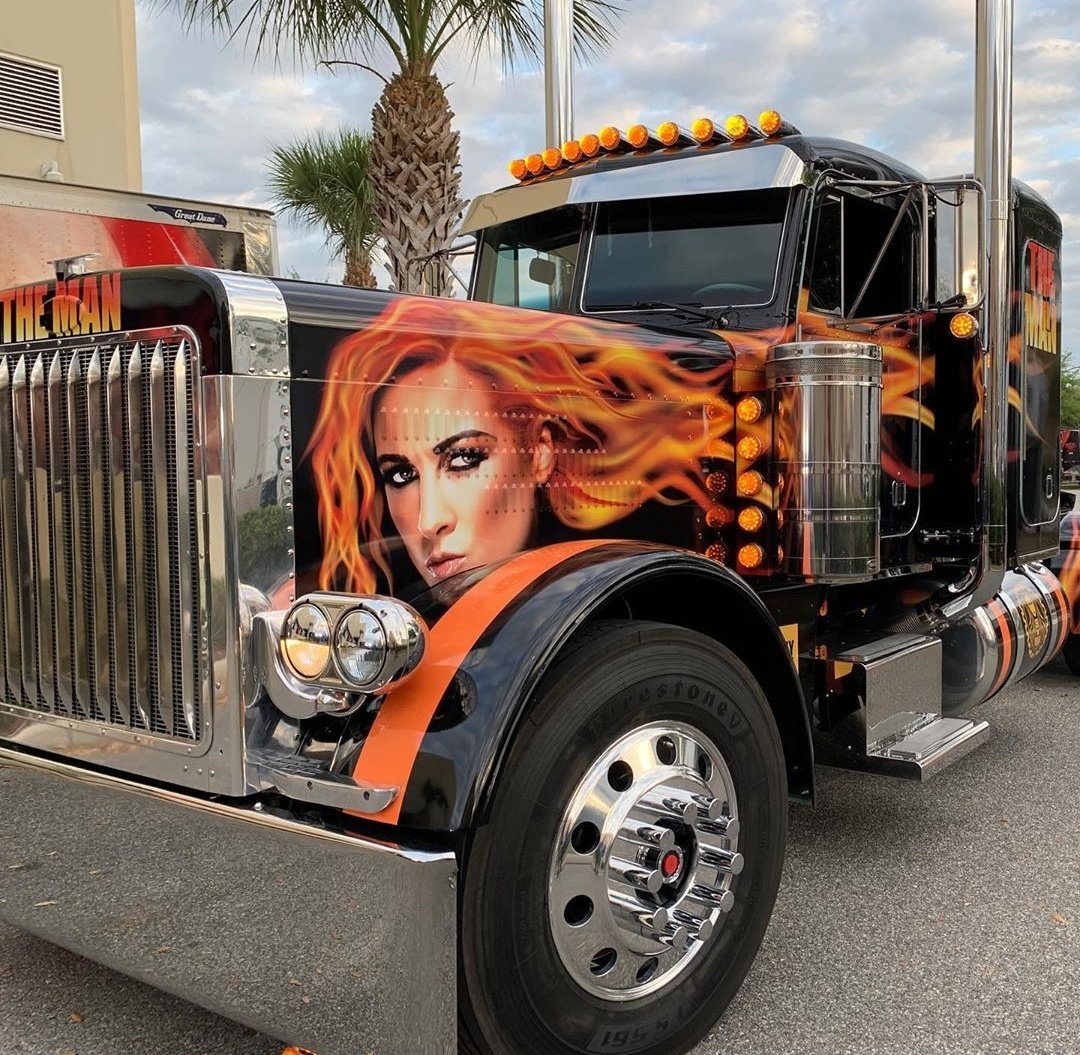 This week's WWE RAW from the WWE Performance Center saw RAW Women's Champion Becky Lynch arrive to the building in her custom semi-trailer truck, minus the trailer.

WWE likely went ahead and use the truck on this week's RAW to get some use out of it as WrestleMania 36 was moved from Raymond James Stadium to the Performance Center due to the coronavirus pandemic.

There will be no crowd at the Performance Center for WrestleMania, if they keep the event at that venue. Becky is still scheduled to defend her title against Shayna Baszler at WrestleMania.

You can scroll WWE's Instagram post seen below to see a few extra shots of The Man's custom truck:

Previous Article
Jerry Lawler Talks Piping In Crowd Noise For RAW, Superstars' Temperature Getting Checked At WWE PC
Next Article
CM Punk On What It Would Take For An In-Ring Return