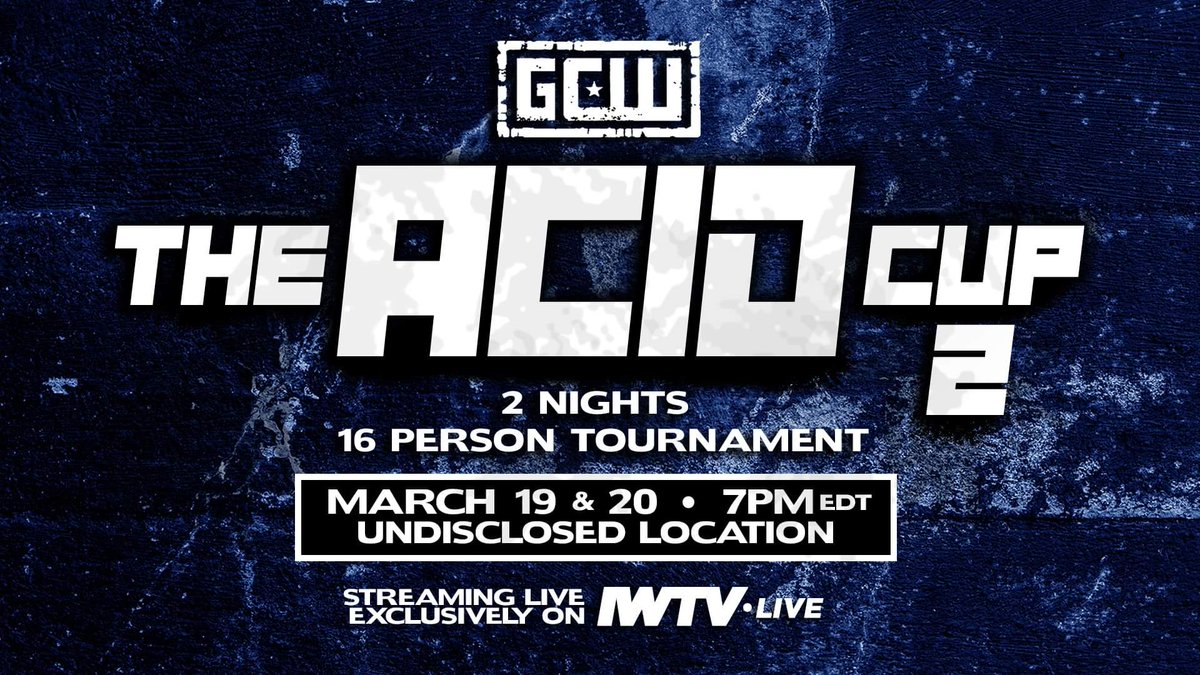 Night two of GCW The Acid Cup 2 took place last night where fans watching along could donate to the wrestlers working at the event. As of this writing, the event raised $11,718.

The show featured a 16-person tournament with Chris Dickinson winning against Blake Christian in the finals.

Below are the full results: