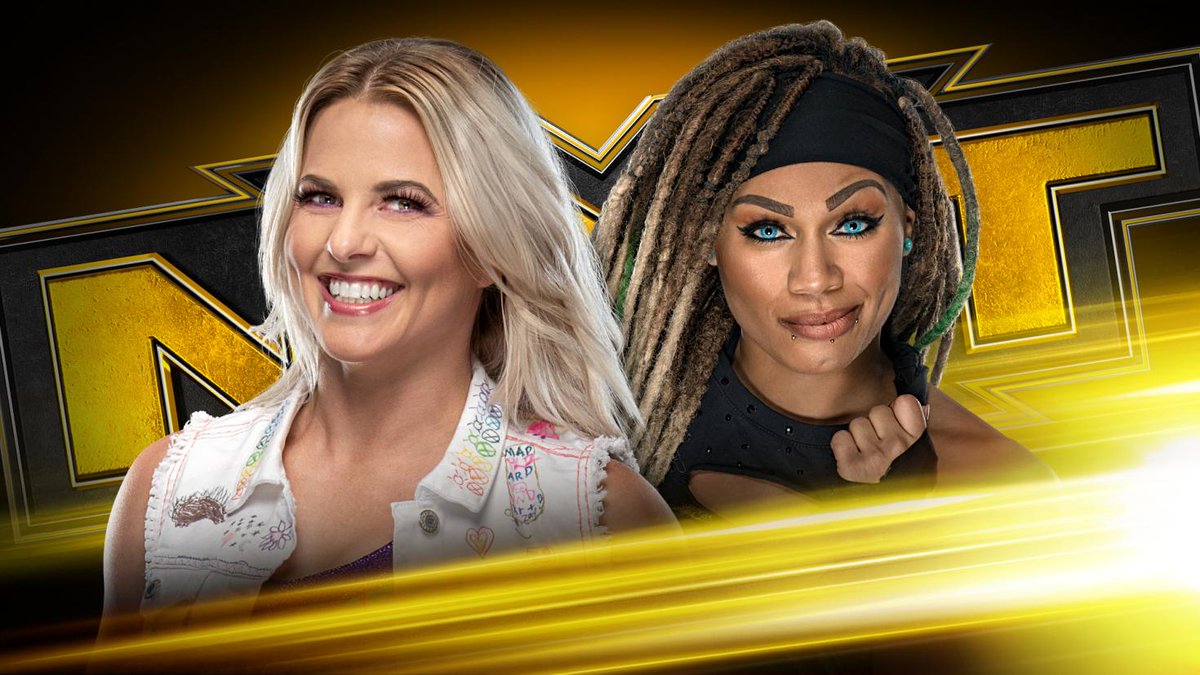 Two matches have been announced for this week's WWE NXT episode on the USA Network.

WWE announced this evening that two qualifying matches for the upcoming Women's Ladder Match will air on tomorrow's NXT episode - Candice LeRae vs. Kayden Carter and Aliyah vs. Xia Li.

As noted earlier today at this link, the matches originally planned for the nixed "Takeover: Tampa Bay" event during WrestleMania 36 Week will begin to air on regular NXT TV during the month of April, beginning on Wednesday, April 1.

The Women's Ladder Match will crown a new #1 contender to the NXT Women's Title, which will be either current champion Rhea Ripley or challenger Charlotte Flair after their WrestleMania 36 match. Mia Yim, Tegan Nox and Chelsea Green have already qualified for the match.

It's interesting to note that LeRae vs. Mercedes Martinez was previously announced as a qualifying match before the NXT schedule was changed due to the coronavirus pandemic. There's no word yet on why Carter is replacing Martinez, or if Martinez will still get a shot.

Below is the updated line-up for Wednesday's NXT episode, which was reportedly taped on Sunday at the NXT Arena (Full Sail Live) on the campus of Full Sail University:

Stay tuned for updates on this week's NXT and be sure to join us tomorrow night at 8pm ET for live coverage.

.@CandiceLeRae battles @wwekayden and @XiaWWE squares off with @WWE_Aliyah as Qualifying Matches for the NXT Women's Championship No. 1 Contender's Ladder Match continue TOMORROW on #WWENXT! pic.twitter.com/JntpeQltv7