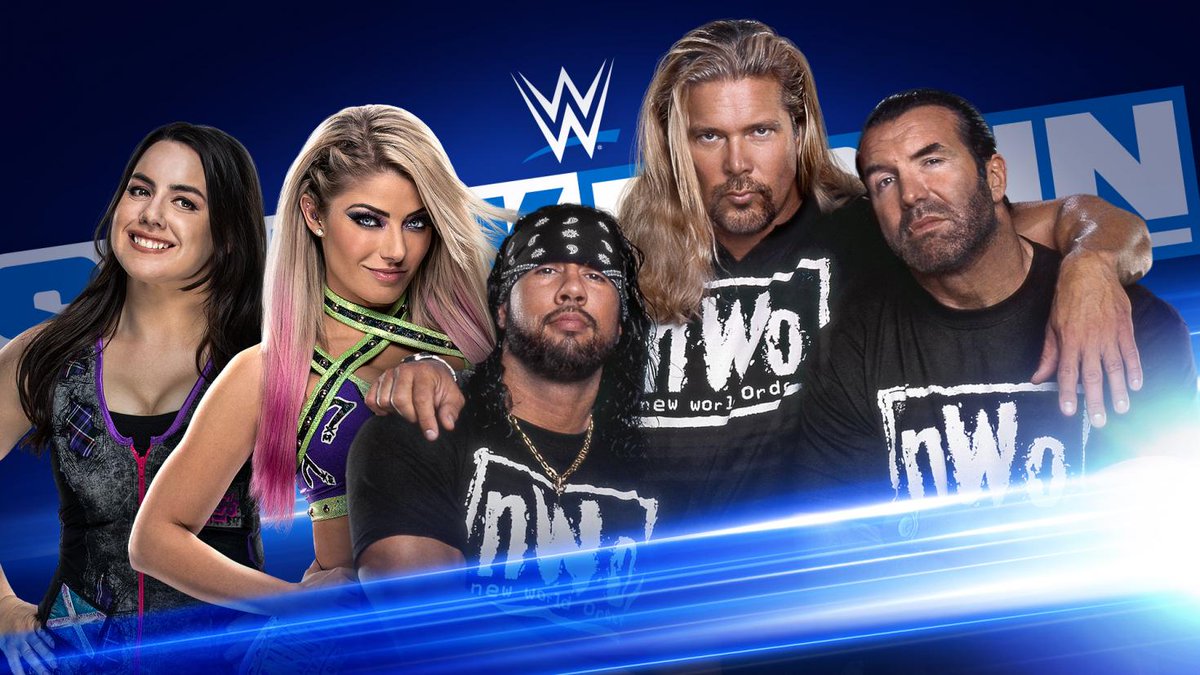 WWE has announced that 2020 WWE Hall of Famers the nWo (Scott Hall, Kevin Nash, Sean Waltman) will be on "A Moment of Bliss" with Alexa Bliss and Nikki Cross tonight. There will also be a new "Firefly Fun House" segment with Bray Wyatt. Matches announced for tonight include Naomi and Lacey Evans vs. Sasha Banks and SmackDown Women's Champion Bayley, plus a six-team Gauntlet Match with the winners earning the right to enter Sunday's Elimination Chamber match last.

WWE is focusing on the following points for tonight's SmackDown episode:

* The nWo to appear on "A Moment of Bliss" this Friday

Stay tuned throughout the day for updates on tonight's shows and be sure to join us for live coverage at 8pm ET.

Previous Article
Robert Stone On Why He's Not Wrestling For WWE, Wanting Conor McGregor In The Robert Stone Brand
Next Article
Amanda Nunes Will Defend Her UFC Featherweight Title Against Felicia Spencer At UFC 250