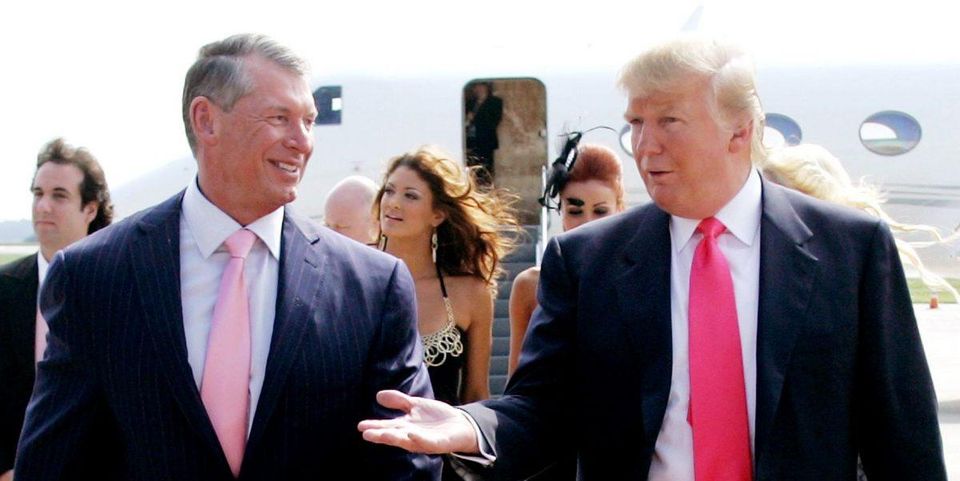 As noted earlier, President Trump had a conference call scheduled for earlier this afternoon with the heads of all major sports leagues in the United States, including the NFL, MLB and WWE, who was represented by Chairman Vince McMahon.

During the call Trump said he hopes to have fans back in stadiums and arenas by August and September, according to ESPN. It's currently unclear if medical experts will agree that this is a realistic timeline during the coronavirus pandemic. Trump also said he believes the NFL season should start on time in September.

At the briefing, Trump would not give an exact date when asked when he anticipates fans returning to arenas, but he did say he thinks it's going to be sooner rather than later.

Trump reportedly told sports commissioners today that he recognizes "the good work being done by many teams and players" to care for their communities and fan bases while the world deals with the COVID-19 outbreak.

ESPN noted that California Governor Gavin Newsom addressed whether he thinks the NFL season would open in August or September with 80,000 fans. He told reporters today, "I'm not anticipating that happening in this state. It's interesting, I have a lot of friends that work in Major League Baseball and in the NFL, they've been asking me -- in fact, a well-known athlete just asked me -- a football player -- if he expects to come back, I said, 'I would move very cautiously in that expectation.'"

During Trump's call, the President reportedly mentioned the idea of the leagues working together to lobby for tax incentives that used to exist for entertainment expenses, such as the ability to deduct for concessions and tickets from taxes. This would be a way for the leagues to jump-start fans' ability to return to stadiums in a tough economy.