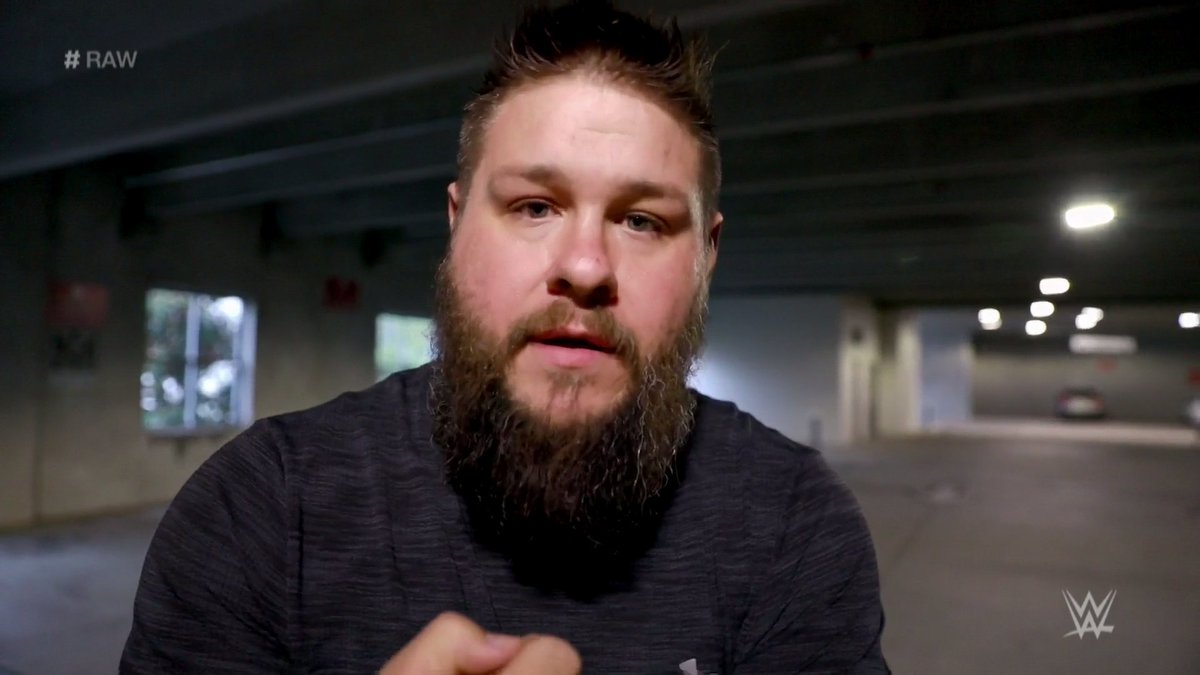 This week's post-WrestleMania 36 edition of WWE RAW from the empty WWE Performance Center featured a backstage taped promo from Kevin Owens, who looked back at his WrestleMania 36 win over Seth Rollins.

Owens talked about how his career has been hell for the past 5 months, ever since he started this thing with Rollins. He went on about how he kept getting jumped by multiple people, to the point where he was asking himself it was worth it. Owens said then he jumped off the sign at WrestleMania, took Rollins back in the ring and hit him with the Stunner to win the match. Then he had his answer - it was all worth it as he got his WrestleMania moment. Owens said now it's time to move onto bigger and better things, but he's here to stay and he will keep fighting because this is The Kevin Owens Show. Owens then walked off to end the promo.

Owens took to Twitter after RAW and revealed that this was his favorite promo ever because it was filmed by his wife Karina.

He wrote, "This is my favorite promo ever because it was shot by my favorite person. (It was my wife! She shot it with her fancy camera! [three red hearts emoji])"

You can see Owens' tweet below, along with a few shots from the promo:

After closing a chapter at #WrestleMania, @FightOwensFight looks to make #WWERaw "The Kevin Owens Show" once again! pic.twitter.com/RMhRD8mMCm

"No matter what I do, from here on out, the message and the mentality remain the same, because I am here to stay, and I will just keep FIGHTING."