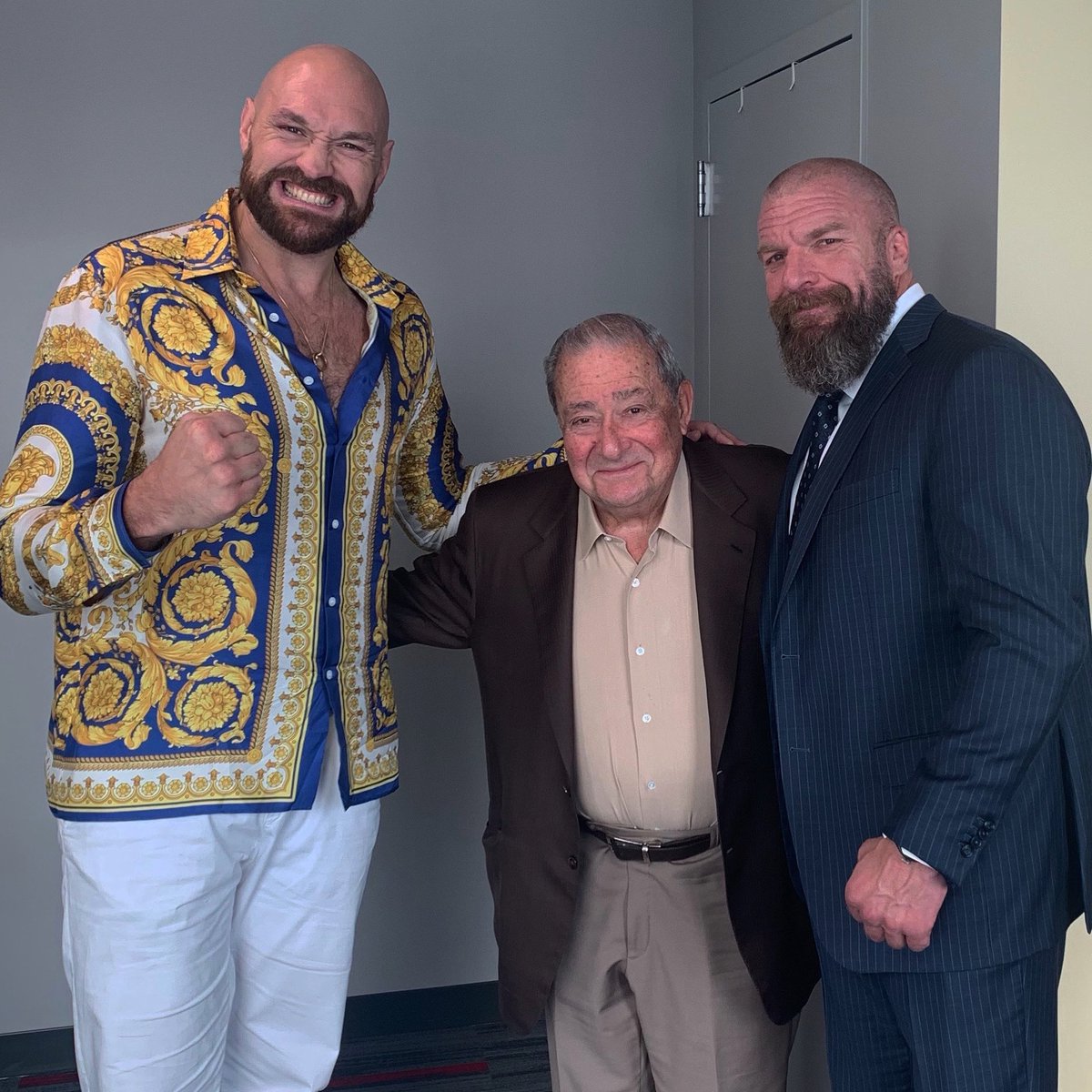 Legendary boxing promoter Bob Arum is interested in running boxing events at the WWE Performance Center in Orlando, Florida, according to ESPN.

As we've noted at this link, Florida Governor Ron DeSantis has deemed most professional sports as essential businesses and vital to the state economy, allowing them to move forward with operations, but with some restrictions due to the coronavirus pandemic. This allows for AEW and WWE to continue to run TV shows and tapings from the Sunshine State.

Arum said he's looking into the possibility of using WWE's facilities. Arum, an International Boxing Hall of Fame promoter, told ESPN's Steve Kim that he will reach out to WWE.

"It's very, very interesting, and we're going to be in touch with them. There's a possibility to use their facility to maybe do events without a crowd," Arum said earlier today.

Florida would likely welcome the business. Governor DeSantis noted at a briefing earlier today that he hasn't received a huge amount of requests for sporting events to resume under leagues that qualify, but he would be open-minded if so.

"I think we do need to support sports and events," he said. "Now, we're not going to have crowds there, I get that. But if NASCAR does a race and can televise it without having large crowds, I think that's a good thing. I'd like to see [Tiger] Woods and [Phil] Mickelson do the golf or whatever, because that's social distance. You wouldn't have a gallery there, you wouldn't have crowds. But to put that on TV, I think people have been starved for content. We haven't had a lot of new content since the middle of March. Here we are in the middle of April, and if people are being told to stay closer to the house, it sure does help to have some fresh things to be able to do."

Arum, founder and CEO of professional boxing promotion company Top Rank, said he and Top Rank President Todd duBoef have had talks about hosting events from a WWE facility, likely the Performance Center in Orlando, but it would at least be in mid-summer before anything happened.

Arum added, "We're very close with Vince [McMahon] and the WWE. So let's see, but we're still not talking before June."

Arum also said he believes that when pro boxing resumes, it will do so initially with events that may not have live audiences, as WWE and AEW have done.

"But it all depends, the whole reopening of the country, the different states, it all comes down to the same thing -- testing, adequate testing," Arum said. "You cannot open it and have athletes compete against each other with referees, the judges, with camera people, unless you can ensure that it's safe, and the only way you can ensure that it's safe is with testing. It comes down to testing."

Regarding bigger boxing matches, which would be expected to draw much larger crowds, Arum said those would likely have to wait or the fighters will have to deal with an adjustment in their purses.

He used the upcoming Tyson Fury vs. Deontay Wilder fight as an example, noting that he believes it will happen by the end of 2020, and said, "Those are either going to have to wait till you have spectators, or if the fighters get antsy, they will have to deal with an adjustment in their purses because you will have cut off an important revenue source from the event. For example, [Tyson] Fury and [Deontay] Wilder, the gate was close to $17 million, and that's from the public buying tickets to the fight," he said. "How do you replace that? Well, if you don't replace it -- then somebody has to eat that."

"I'm very optimistic that we'll be doing events for audiences in the last three months of the year," Arum said. "Do I know for sure? No. But that's in my mind how I'm calculating it."

There's no word yet on if WWE Chairman Vince McMahon would be open to renting out the WWE facilities for other combat sports, but WWE and Arum do have a relationship.

Arum appeared back on Friday, October 11 in Las Vegas for the WWE Crown Jewel press conference. He spoke on stage and introduced Fury for the face-off against current WWE Universal Champion Braun Strowman, which was done to promote their match in Saudi Arabia on October 31.

Stay tuned for updates on WWE possibly working with Arum.

Good move by Fury going to WWE or not? pic.twitter.com/gAz5hEE4HU

Bob Arum plans on reaching out to the WWE about holding events at their Performance Center.