WWE Universal Champion Braun Strowman posted a photo of himself with all the championships he won so far in his WWE career on Instagram. Braun captioned the photo with "#Inevitable."

Roman Reigns replied to his post with some advice. He wrote, "#humbleyourself."

Strowman replied to his comment with a reference to the Marvel villain, Thanos. He wrote, "Beyond humbled, couldn't resist the Thanos post though."

As noted before, Roman Reigns was originally going to be the one to go against Goldberg, but he pulled out of the event due to concerns with his safety during the ongoing coronavirus pandemic.

Below is a screenshot of their conversation: 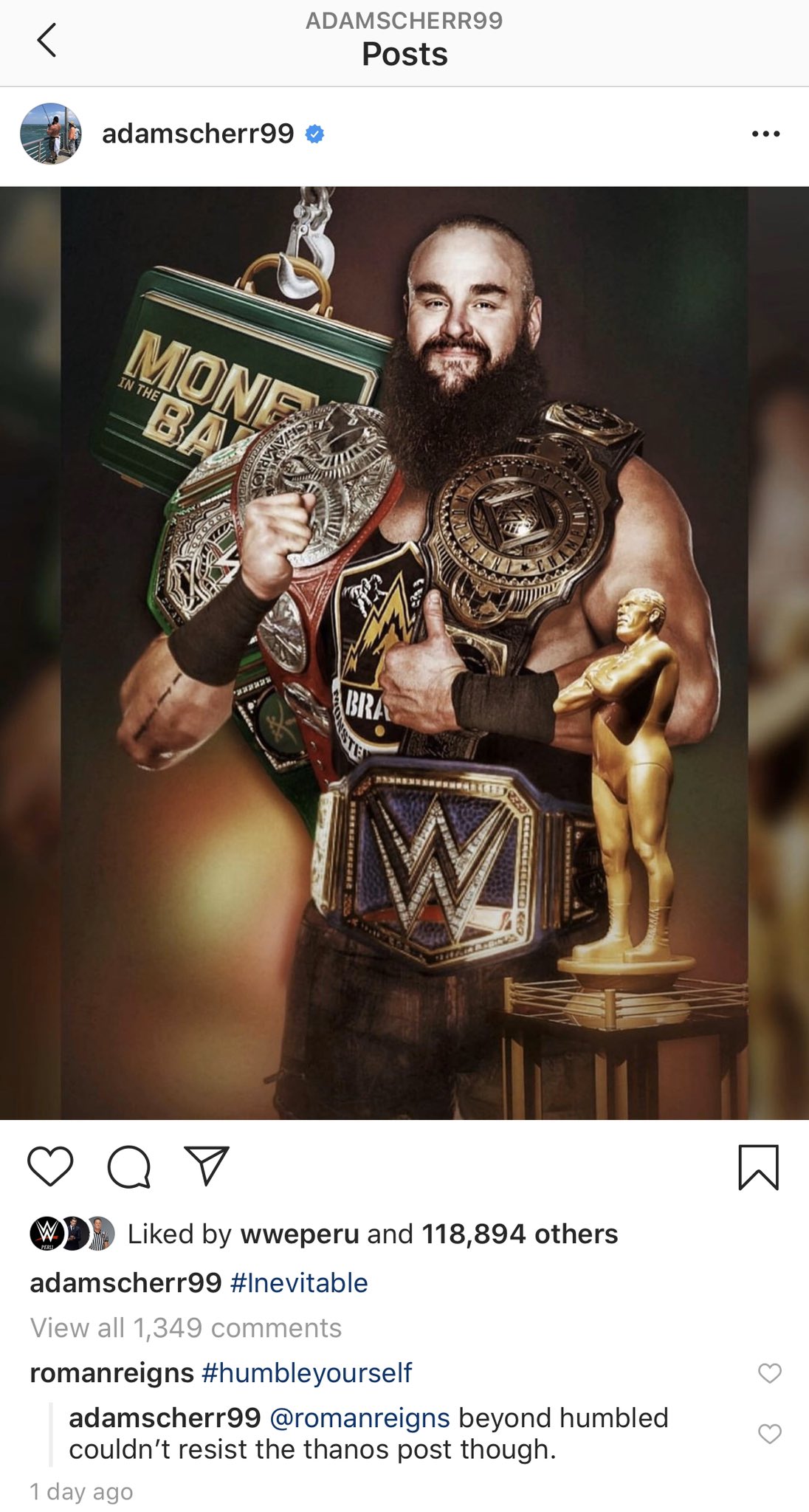