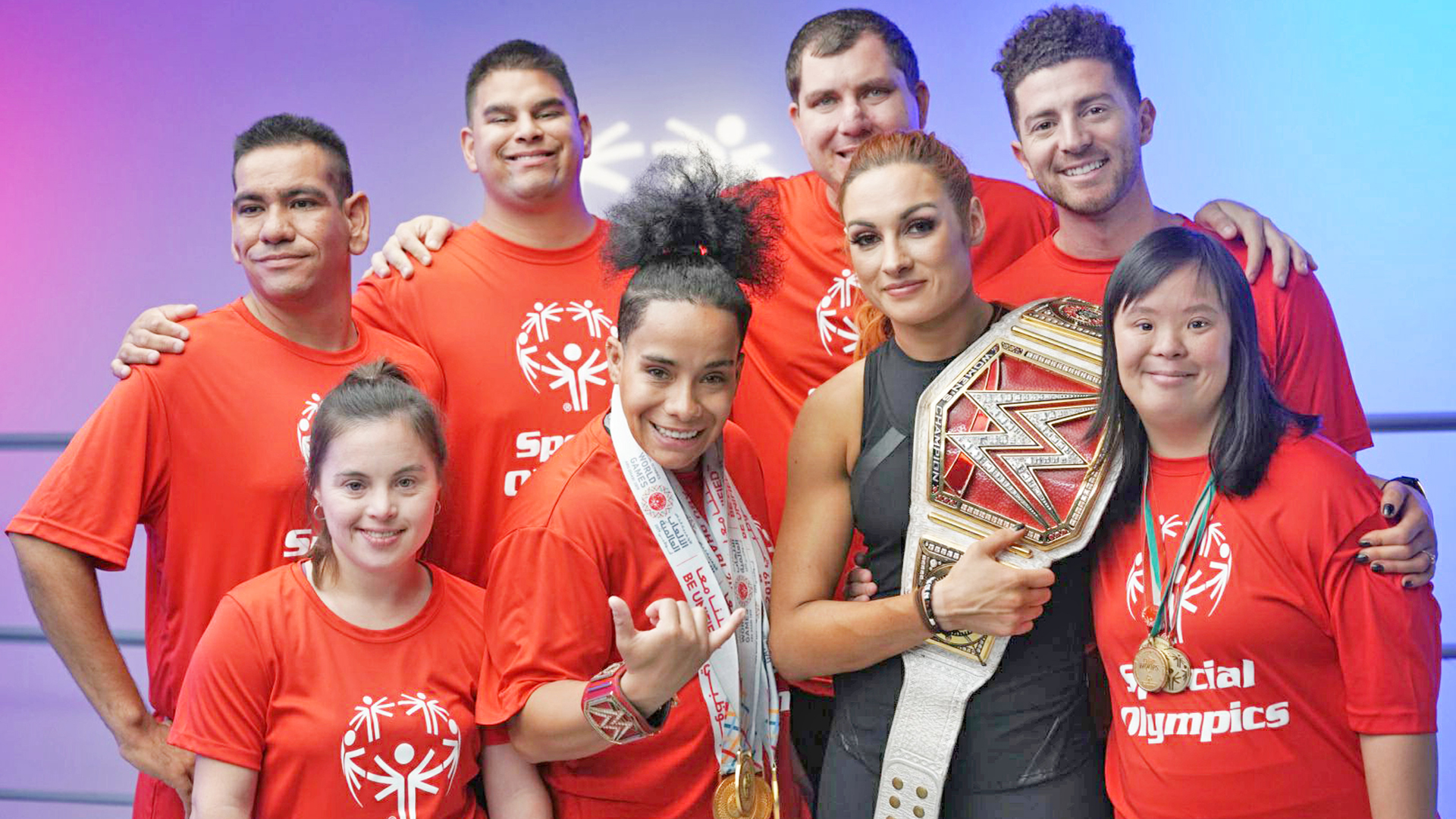 Gyms are closed, meaning the options for staying active are reduced. With the need for at-home workouts prevalent, the Special Olympics has launched the School of Strength Fitness Campaign in partnership with WWE and superstar Becky Lynch. Together they've developed a series of peer-led workout videos to inspire year-round fitness. The routines are targeted to these extraordinary athletes as they help keep their bodies fit and strong with a challenging routine.

The videos are accompanied by downloadable interactive tool-kits for coaches and caregivers that include recipes, a fitness tracker, games and health tips.

Lynch participated in the engaging workout video series along with six Special Olympics athletes for varying levels of fitness from Superstar to Champion to Master trainer levels.

Knowing how fitness changed her life, Athenas was grateful to be part of the workouts. The 35-year-old quit smoking four years ago and found herself as the only girl in the Ironman Special Olympics power-lifting team. She competed in her first national competition in 2018 at the Special Olympics USA Games in Seattle, winning four medals. That year she also co-hosted a bocce tournament, meeting the Raw women's champion for the first time along with Roman Reigns and Big Show.

"It was the first time I spoke in public," she said. "Big Show gave me a WWE bracelet that I always wear!!! This was the best day next to winning Gold. I could not believe that I was actually hanging out with these world-class wrestlers.

"...When I got back from a competition in Abu Dhabi, I was invited to participate in a special program with WWE at the Barclays Center in Brooklyn. The wrestlers gave me a real WWE belt autographed by Vince McMahon. They said that they knew how hard I have been working to get so strong and they were proud of me. I will never ever forget that moment. That same weekend, I got special seating at WrestleMania at the Meadowlands."

The dedicated athlete jumped at the chance to further interact with Lynch, who she describes as her idol.

"She is so strong and devoted to her sport," she said. "When I heard that she was doing a workout video for Special Olympics athletes called School of Strength  I had to be part of it. I wanted to make sure the exercises we did in the video would help Special Olympics athletes improve their fitness levels. When I met Becky in the studio in California to film the video, she remembered me right away. I gave her a bracelet with an angel on it for good luck this season."

Athenas found the filming intense because they had to capture so many takes of the same exercise. For her, the toughest part was remember when to say all of the lines while working out.

"I was very excited because I could tell the workout would be efficient for other athletes watching the videos at home," she said. "The days at the studio were filled with a lot of laughs between takes, rehearsals, and hair and make-up readjustments."
Check out School of Strength programming on the Special Olympics website.