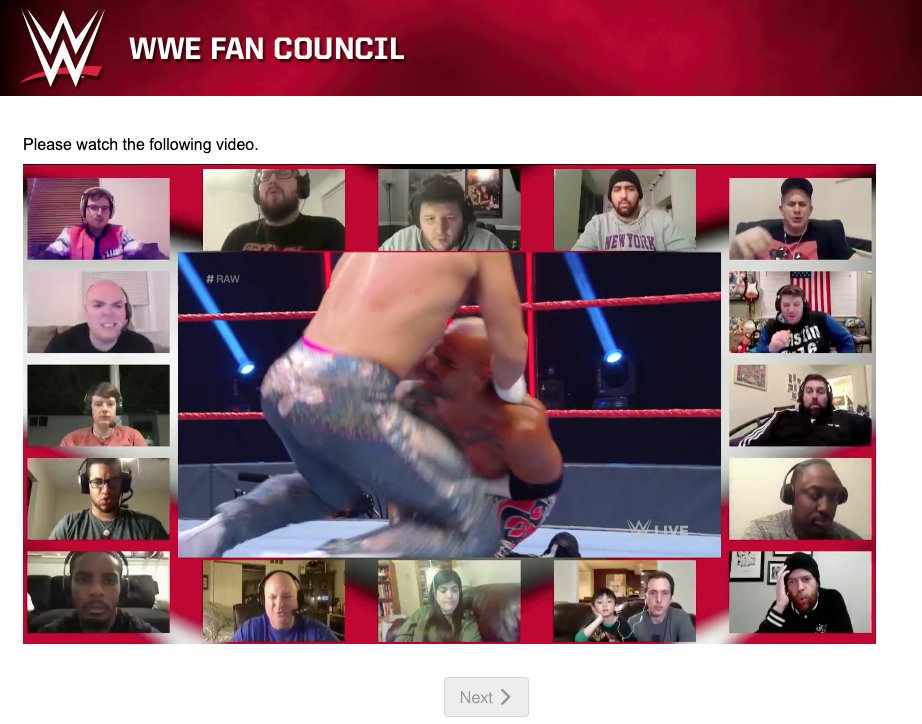 WWE is looking at various ways of presenting their TV shows while they're forced to tape on closed set locations with no fans due to the coronavirus pandemic.

WWE issued a Fan Council Survey this week to gauge feedback on potential options for the way shows are presented on TV. The most interesting options would see fans, sports figures, celebrities or Superstars & Legends provide feedback during the show.

"WWE is considering new options for the way that they present show segments within this current environment. This might include seeing and hearing feedback from Superstars, celebrities, sports figures or fans during a show. The following videos are examples for how parts of show segments might look if fans were shown on screen providing feedback," the survey said. (H/T to HeelByNature)

The survey included a video of fans reacting to the latest RAW episode. WWE employees were also shown during the reactions. You can see that video below.

"This particular example gave you the ability to see other commentators and see video of fan reactions. Compared to watching a WWE show presented without a live audience, what did you think about the way that fan reaction was shown in this video example," the survey asked.

The survey asked if fans would be interested in seeing a mix of reactions throughout the episode, or just during key moments from a match. The following options were listed:

The survey also asked fans if they would prefer to see reactions with or without commentary from the WWE announce teams. The following options were included:

There's no word yet on when WWE might begin implementing changes to the way you view their programming,, or they are moving in that direction, but the survey shows that they are at least planning for the future as the COVID-19 outbreak continues. You can see a sample of the potential viewing option in the Twitter video below:

WWE is considering adding fan reactions to events that don't have a live audience.

Here's some video footage of what it may look like.'