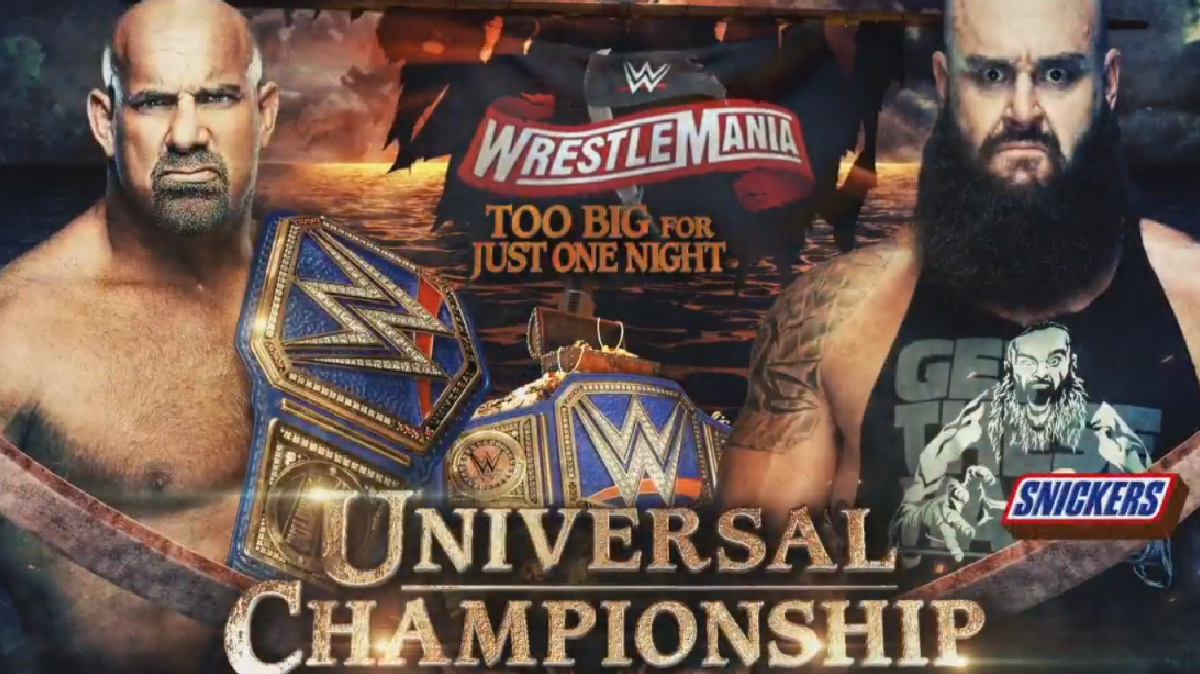 Michael Cole made the Strowman vs. Goldberg announcement during tonight's go-home edition of SmackDown on FOX. There was no mention of Roman Reigns backing out but as we've noted, Reigns did not compete as he was concerned about his his health and competing during the coronavirus outbreak due to his immune system. WWE had originally announced a Reigns - Goldberg face-off for tonight's SmackDown, where it was expected that the change would be explained, but that segment hasn't happened yet and it was removed from the SmackDown preview.

The taped WrestleMania 36 event is scheduled to air tomorrow, Saturday, April 4 and Sunday, April 5 at 7pm ET, via the WWE Network and pay-per-view. It was taped on a closed set with no fans, at the WWE Performance Center and other locations. The Kickoff pre-show will begin at 6pm ET on both nights, and we will have live coverage beginning then.

Below is the current WrestleMania 36 card. There's no word yet on line-ups for each night.

Triple Threat Ladder Match for the SmackDown Tag Team Titles Match
The New Day vs. The Usos vs. John Morrison and The Miz (c)