WWE has released a new t-shirt for "The Fiend" Bray Wyatt's puppet based on WWE Chairman Vince McMahon from the Firefly Fun House.

As seen in the photo below, the new WrestleMania 36 "McBossman" t-shirt is now available on WWE Shop for $27.99. Right now through April 13th, you can receive 40% off t-shirts at WWE Shop by clicking here.

The shirt is listed with other WrestleMania 36 merchandise and is based on the puppet appearing on commentary with Mercy The Buzzard during the Firefly Fun House Match between The Fiend and Cena on Night Two, which saw The Fiend get the win.

It's interesting to note that WWE refers to the character as "McBossman" now. They have previously released puppets and stickers for the Fun House character, but he has been called "The Boss" or "The Evil Boss" up until now. 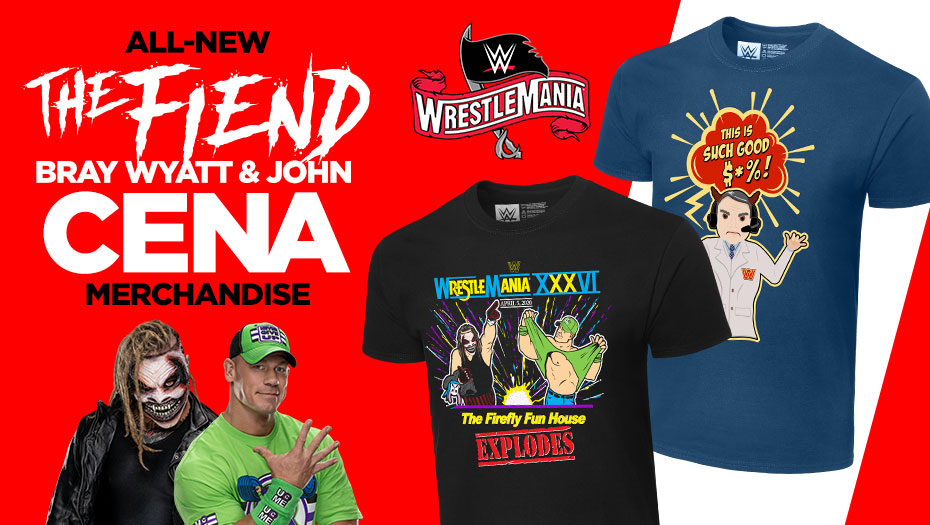