Layers of WWE's greatest character are peeled away in "Undertaker: The Last Ride," leaving us with a captivating peak into the life and mind of the man himself. The limited documentary series brings a sobering realization for Mark Calaway that after nearly 30 years of portraying the iconic "Phenom," his time in the ring may be near.

Chapter two takes us back to January 31, 2018. Calaway is joining his wife and former WWE superstar Michelle McCool for a viewing of his match with Roman Reigns at WrestleMania 33 eight months later. The legend describes his bad physical condition was at a point where he was really just willing himself through the match. There is a disappointment that comes over the veteran, feeling he let Reigns down in delivering and living up to expectations.

From the first two episodes one can decipher how humble, yet hard Calaway is on himself. The 55-year-old doesn't want to live off prior success. He believes in contributing in a meaningful way and earning each day on the job. From the casual meetings with peers, you can see how high regard they have for him. Even so, the giving performer feels guilty taking a spot of a younger talent if he isn't able to deliver the goods. All of these thoughts weigh on Calaway re-watching the WrestleMania moment he leaves the gloves, hat and jacket in the middle of the bring. McMCool believed there was some sort of career finality coming by the fact he broke character kissing her at ringside afterwards. 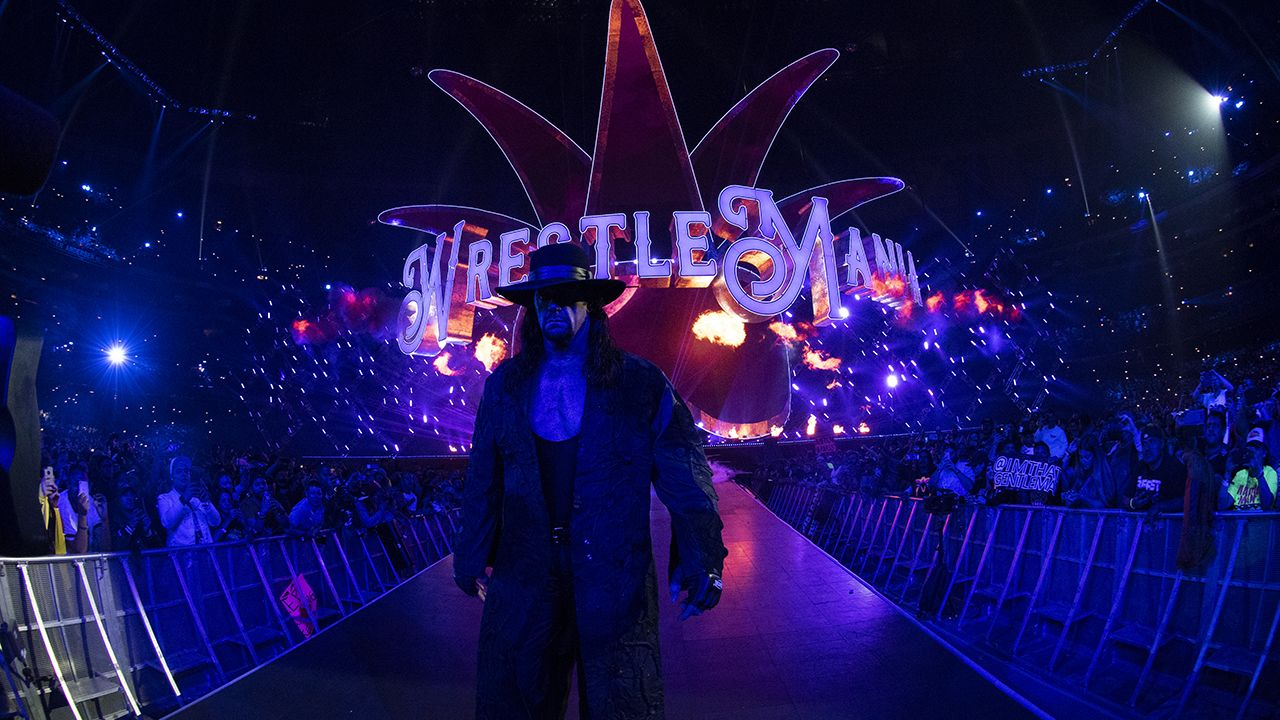 It turns out Undertaker didn't want his journey to conclude with a match that presents him so much dissatisfaction. He begins to write his redemption story heading into WrestleMania 34 against John Cena with a hip replacement surgery. There is a scene in the hospital room where Calaway reveals he had more than 15 surgeries over the course of time, exemplifying the physical sacrifices made to entertain and make a living in the business.

Much of Chapter 2's most fascinating moments surround Calaway's interactions with Vince McMahon. The dynamic between the boss and his wrestler in particular extends further to more of that of family. I mean Calaway named his son Gunner Vincent for crying out loud. McMahon even went as far to leave WrestleMania in order to check up on Calaway at the hospital. That tells me just how powerful a bond they have. McMahon emotionally wells up talking about Calaway. Cameras were there briefly before business discussions began regarding the potential of bringing Calaway back for another WrestleMania.

The normally private family life of the person behind The Undertaker is opened up for public consumption for the first time. You get an idea of what a caring dad and husband (dare I say hopeless romantic!) he is as McCool talks about their relationship. It really gets you thinking about all McCool has done for Calaway in facing physical and mental struggles for so long. She is clearly his rock. By the same token, he is there to support his butt-kicking wife during her return at the Royal Rumble. 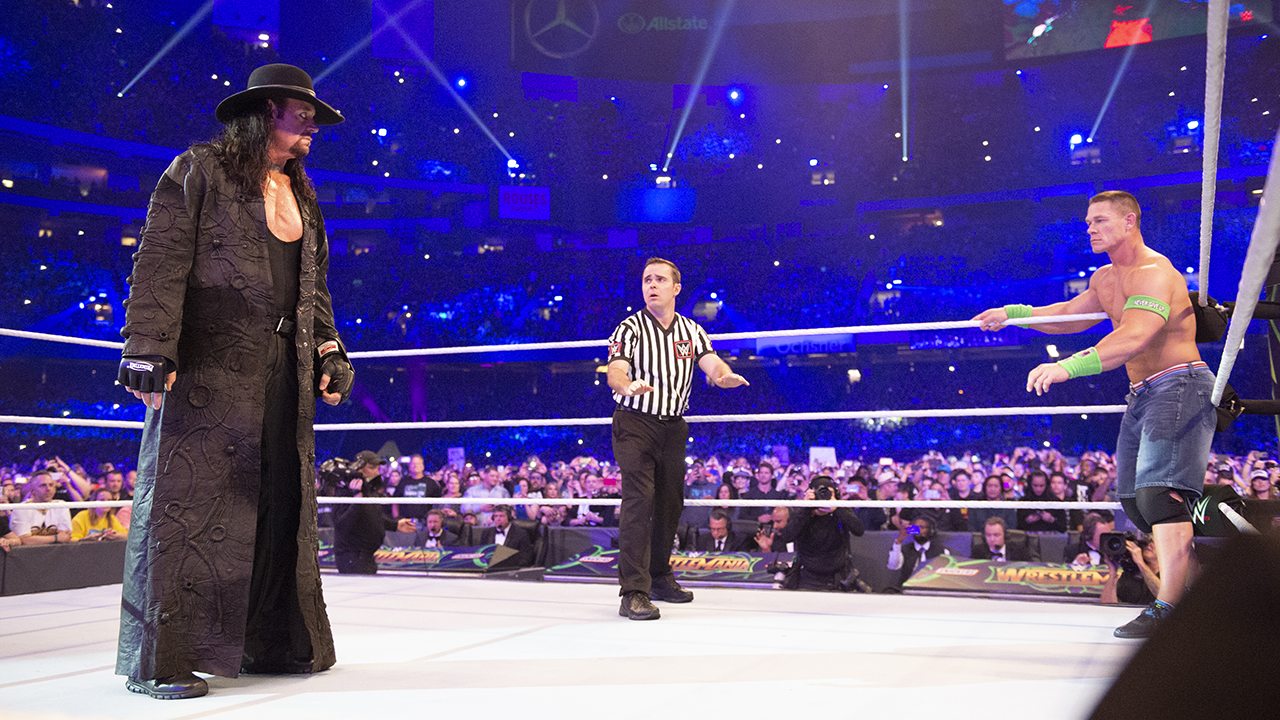 A conclusion gathered is all the effort Undertaker put into his comeback. I mean the dude rented an old warehouse space and set up a ring to prepare. He also called in Primo Colón to work out in the squared circle for him. Undertaker seemed to have gotten what he wanted out of his WrestleMania 34 victory against John Cena in New Orleans, the place the streak came to an end to Brock Lesnar years prior. Cena was smiling after knowing the satisfaction and confidence boost he gave his beloved opponent on that night. 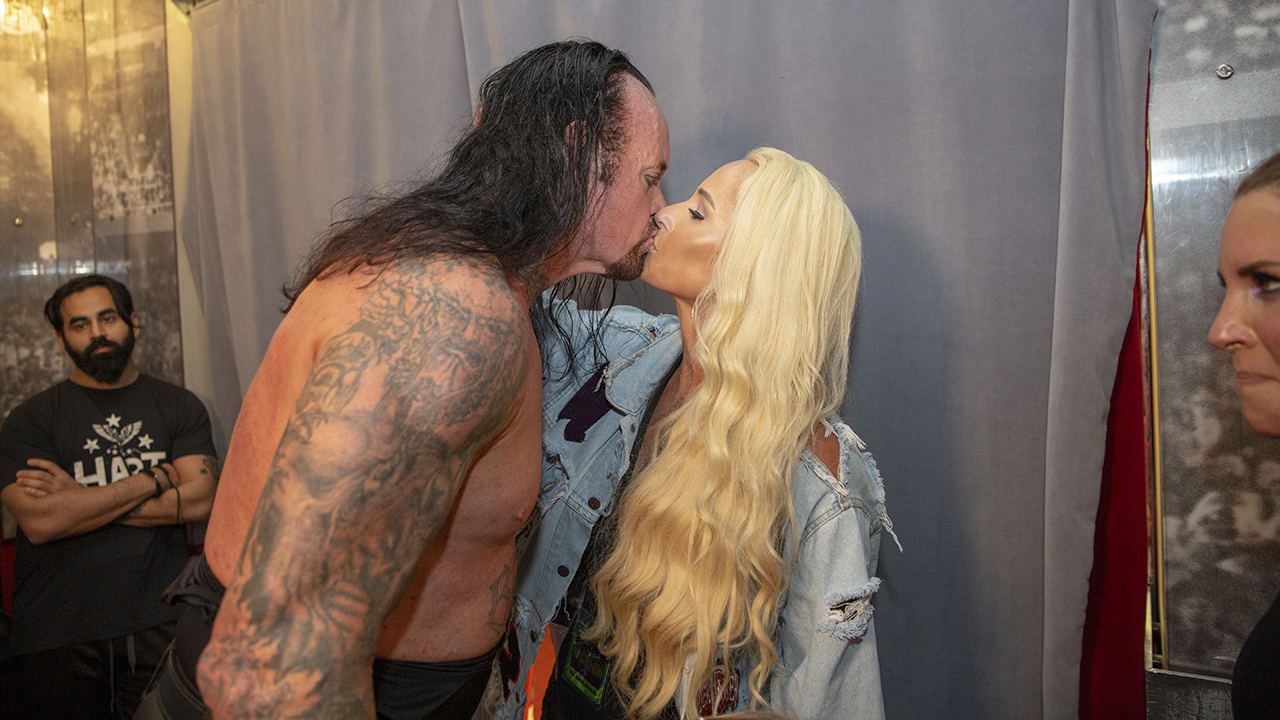 But we know as well as McCool does that this is not the retirement match for the "Dead Man." One fun scene during the episode catches Undertaker watching AJ Styles wrestle and remarking how he wanted to work with him. We'll see later on in the series how that plays out in spectacular fashion. Chapter two of five falls in line in quality and presentation. Kudos to the unsung heroes of WWE production who followed Calaway, piecing together such an important piece of business.

I'm glad Calaway decided to give the green light on "The Last Ride" because it's a project that confirms why fans and colleagues respect him so much. The GOAT likened to Michael Jordan and "The Last Dance." We've seen so much about Andre the Giant, Hulk Hogan, Ric Flair, The Rock, Mick Foley, Steve Austin, Triple H, the list goes on and on. It's time Calaway gets the spotlight. He deserves to have his story told.

For me, The Undertaker is really one of the last connections as an in-ring performer within the WWE realm with my own childhood. The one who remains active every now and then to remind us of some of our favorite moments as a fan. The gong still gives me chills. It's for these reasons I cherish and appreciate every appearance. Knowing it could be the last.

Chapter 2 of "Undertaker: The Last Ride" will be available to stream on-demand beginning at 10 a.m. ET this Sunday on WWE Network.

Previous Article
Christian: "There Is Zero Chance I Will Be Back In The Ring Wrestling"
Next Article
WWE SmackDown Preview For Tonight: Charlotte Flair Returns, IC Title Tournament, Otis On MizTV