Dustin Rhodes Vs. Shawn Spears Added To AEW Double Or Nothing 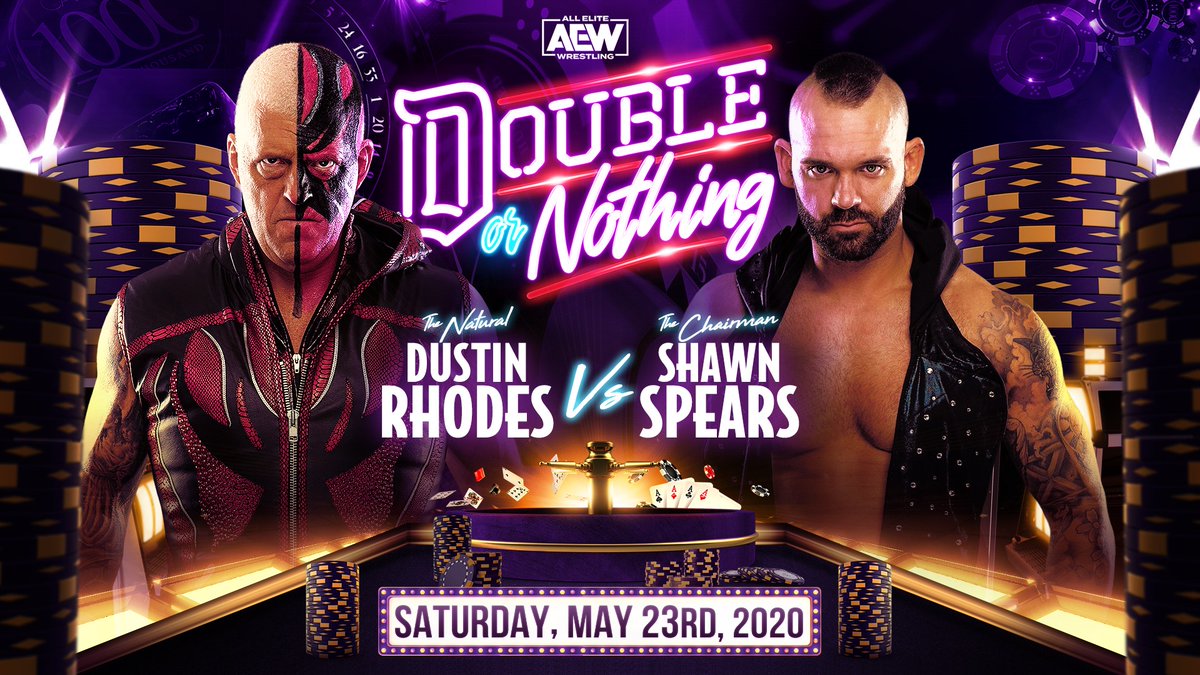 Shawn Spears vs. Dustin Rhodes has been added to AEW Double or Nothing, which takes place this Saturday at Daily's Place in Jacksonville, Florida. Spears was annoyed that he didn't have a match on the PPV and challenged Dustin during a segment on tonight's Dynamite and the match was made official shortly after.

Be sure to check out tonight's live coverage!

The Buy In
Best Friends vs. Private Party
Winners are the number one contenders for AEW World Tag Team Championship.

It's official!
This Saturday night at Double or Nothing.
It's @dustinrhodes vs. #TheChairman @Perfec10n!

Order Double or Nothing on Saturday, May 23rd on all major cable & satellite providers / @BRLive / @FITETV (International Fans Only) #AEWDoN pic.twitter.com/nfxF9pAfKg