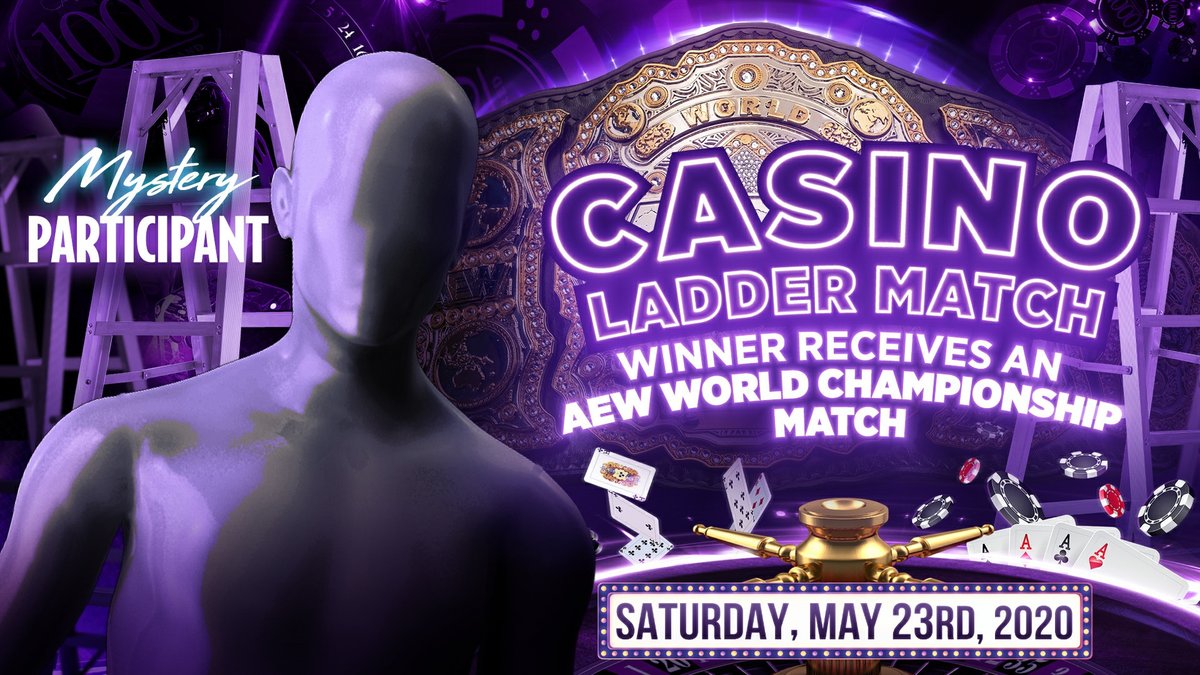 AEW has announced that a mystery man will serve as the ninth and final entrant in the Casino Ladder Match at the upcoming Double Or Nothing 2020 pay-per-view.

Double Or Nothing is currently scheduled for Saturday, May 23, at Daily's Place in Jacksonville, FL. Below is the current announced card:

No DQ, No Count Out Match for the AEW Women's World Title
Hikaru Shida vs. Nyla Rose (c)

Your ninth & final entrant in the Casino Ladder Match is a mystery & will be revealed at Double or Nothing!

Order Double or Nothing on Sat, May 23rd on all major cable & satellite providers / @BRLive / @FITETV (Intl Fans Only) #AEWDoN pic.twitter.com/Fl63XOQKCq