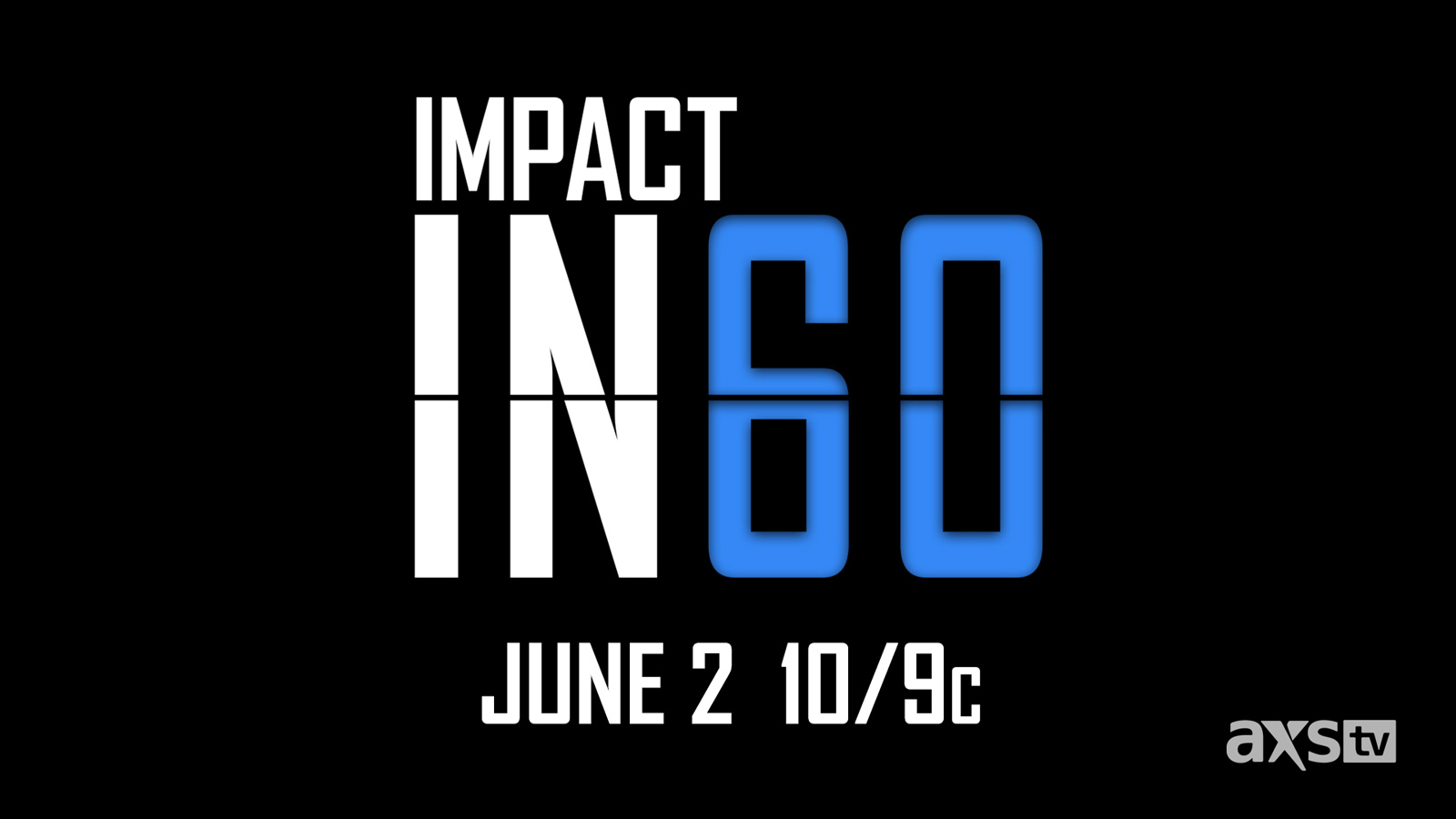 The hour-long series chronicles their 18-year history under the Impact and "TNA: Total Nonstop Action" banners. Each episode features a collection of full matches showcasing a different wrestler, championships, factions or match types.

"Thanks to the tremendous feedback from fans of Impact on AXS TV and the success of our first TNA television special, we are taking a great step forward to bolster the Impact Wrestling Tuesday night block," said Impact Executive VP Scott D'Amore. "From the thousands of hours of thrilling action in our library, we created IMPACT in 60 to celebrate the legacy of the incredible performers who have competed for us and provide a fun trip down memory lane for the TNA faithful."

IMPACT in 60 kicks off Tuesday, June 2 with the "Best of the Asylum Years," highlighting rarely seen footage from the infancy of TNA with matches featuring former NWA Heavyweight Champions A.J. Styles and Raven, among others.