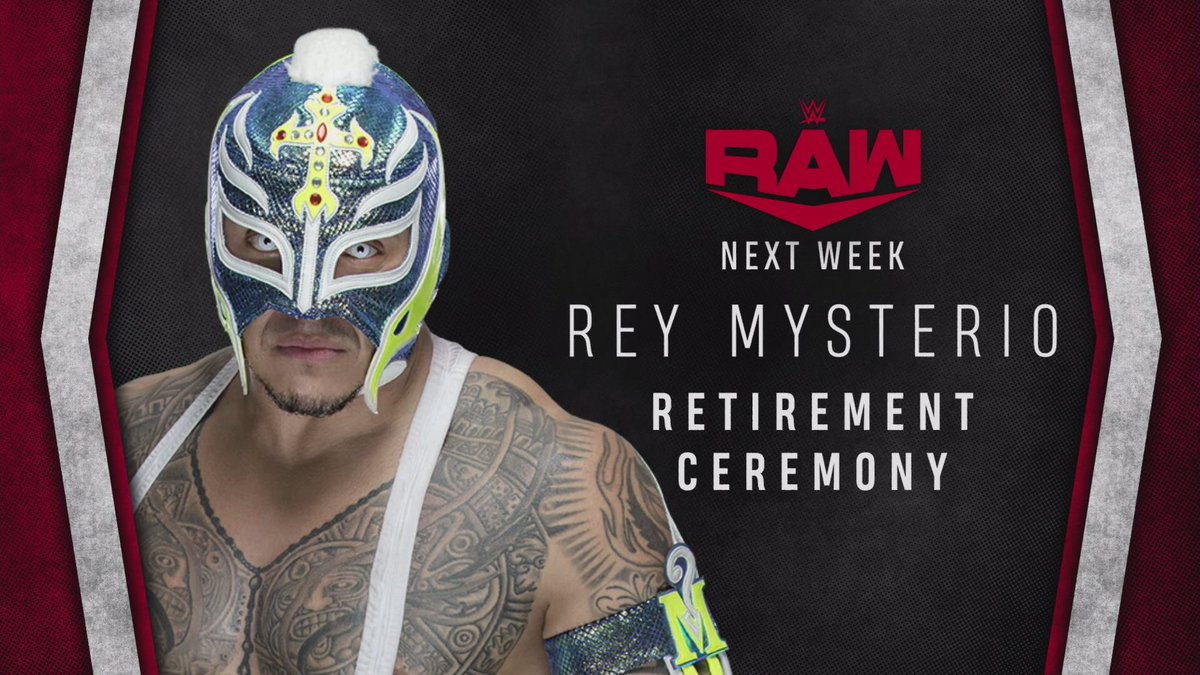 WWE has announced that next Monday's RAW will feature a storyline retirement ceremony for Rey Mysterio.

Mysterio has been feuding with Seth Rollins and suffered a storyline eye injury at the hands of The Messiah two weeks ago. There have been rumors on Rey's WWE contract status, but it was last reported at this link that Rey was not expected to leave the company.

Rollins was still carrying around Rey's mask on this week's RAW, indicating that the feud will continue.

On a related note, WWE has also announced Rollins vs. Aleister Black for next Monday's RAW. The Black vs. Rollins feud is an extension of the Rollins vs. Mysterio feud, which Humberto Carrillo is also involved with. Rollins has Murphy and Austin Theory on his side.

You can check out the announcement below: