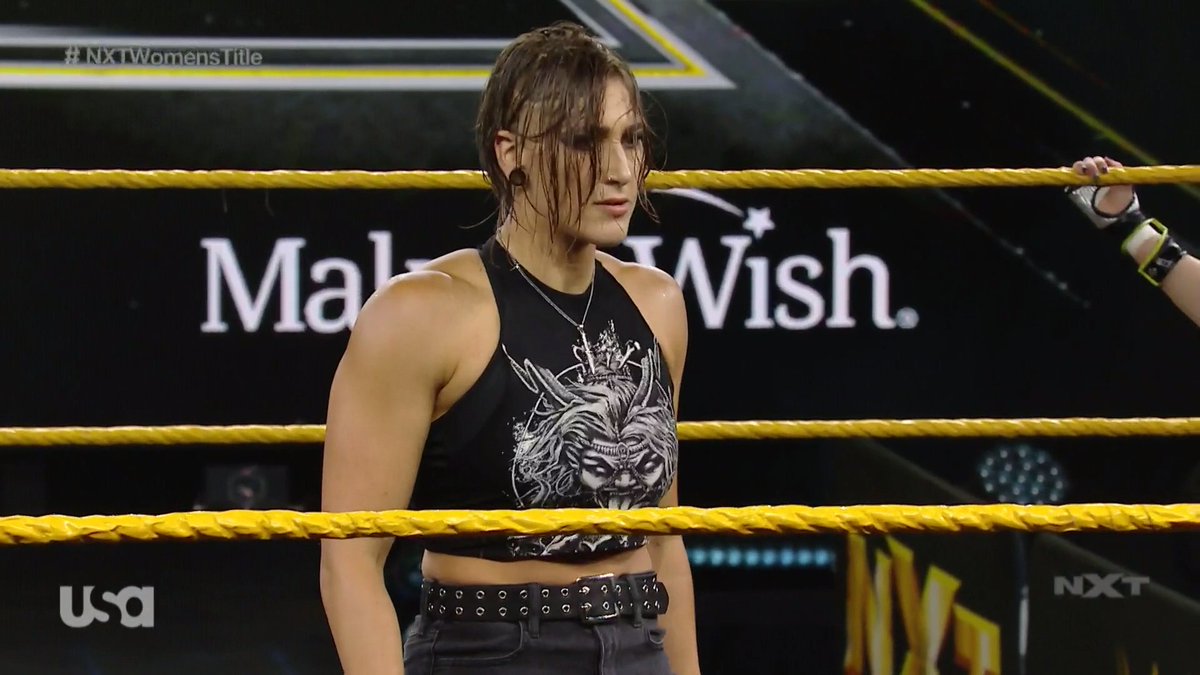 Rhea Ripley made her return to WWE NXT during tonight's episode on the USA Network.

Tonight's NXT episode saw Io Shirai defeat NXT Women's Champion Charlotte Flair by DQ, but Flair retained the title. Flair was disqualified after using a kendo stick as she and Shirai brawled on the outside of the ring. Flair kept the beatdown coming until Ripley ran out to make the save. Ripley brought Flair into the ring to continue the punishment, but Flair quickly retreated with her title.

Shirai then started ranting at Ripley in Japanese, as Ripley told her to "shut up!" while walking to the back. NXT went to commercial and came back to McKenzie Mitchell interviewing Ripley outside of the building. Ripley says she's tired of Flair's "bow down crap" and while Flair defeated her at WrestleMania 36, that was just one night and Ripley would like to see Flair do it again. Shirai then interrupted Ripley and a brawl broke out between the two until officials broke it up.

This was Ripley's first appearance since losing the title to Flair during Night Two of WrestleMania 36 on April 5. This was not confirmed, but it looks like they are headed for a three-way feud for the title with Flair, Shirai and Ripley.

Below are a few shots from tonight's match and return at the closed-set WWE Performance Center in Orlando:

A genius stands among us. ?? #WWENXT @shirai_io pic.twitter.com/kQCXKadoei

» WWE Hell In A Cell Live Coverage In Progress