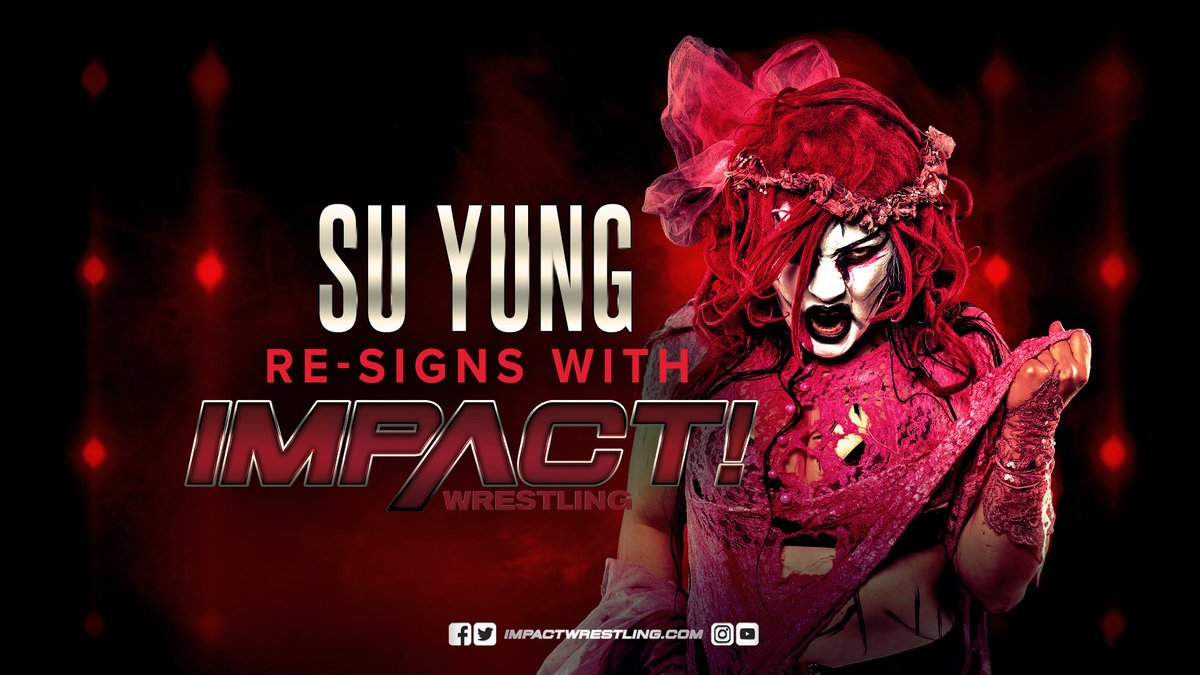 Impact Wrestling has re-signed Su Yung (aka Susie) to a multi-year contract, according to PWInsider.

Yung has been with Impact since March of 2018, winning the Knockouts Championship in April of that year at Redemption.

She held the title for 110 days before losing it to Tessa Blanchard.

Yung responded to the news on Twitter, "What the fans want, the fans get."