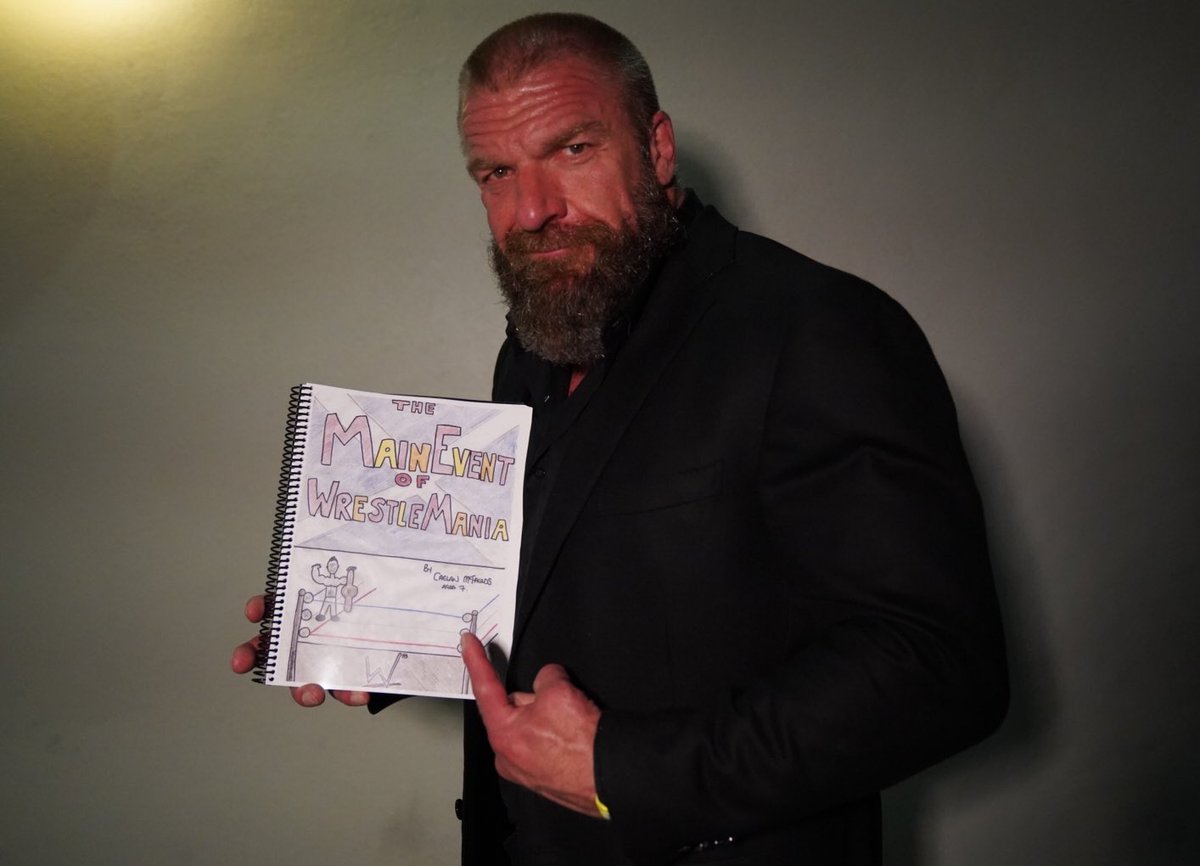 WWE Champion Drew McIntyre and Triple H took to Twitter today to comment on 7 year old Caelan McFaulds, who is making headlines in the UK for giving back to NHS (National Health Service) nurses.

Caelan and his father recently created a JustGiving.com crowdfunding campaign to raise money for the NHS nurses that are working at their local hospital, The Monklands in Coatbridge/Airdrie, during the coronavirus pandemic.

The campaign began after Caelan was growing tired of home-schooling during the COVID-19 lockdown. His parents challenged him to come up with an idea that would replace his schoolwork. Caelan decided that he wanted to write a book, described as a part real-life and part story on his love of all things WWE and pro wrestling, and his dream of being a WWE Superstar one day. Caelan completed the book after two weeks. Caelan also planned to sell copies of his book, titled "The Main Event of WrestleMania," and then donate all money raised to the NHS nurses at his local hospital.

People who donate to the campaign will be sent a digital copy of Caelan's hand-written, 38 page story, including some photographs of his adventures along the way to becoming a WWE Superstar.

McIntyre tweeted a photo from his previous meeting with Caelan, and a look at him signing a copy of the book.

"What an incredible story & gesture. 7 year old Caelan has raised over £1500 for @NHSUk with his tale of main eventing WrestleMania against myself. As I told you, stick in school, work hard & one day you'll turn fiction into non-fiction pal," Drew wrote.

Triple H also tweeted a photo with a copy of Caelan's book.

He wrote, "Last week I learned about a young man who wrote a story about his dream of being in the main event of #WrestleMania and since then, Caelan has raised over £1200 for @NHSuk! Amazing things can happen when you dream big. Thanks for dreaming of others!"

You can see their full tweets below, along with replies from Caelan's dad:

Wow Drew. He is absolutely elated with this! He cant believe he is now "best mates" with yourself and @TripleH - cant tha k you all enough at @WWE for what you have done for my son. Sensational stuff! ???

This is my son! ? Thank you so much @TripleH what a legend - he is absolutely over the moon with excitement that his future employer has a copy of his book! Glad you enjoyed reading it! Thanks for the autograph! ??? @NHSuk @WWE #CaptChaos