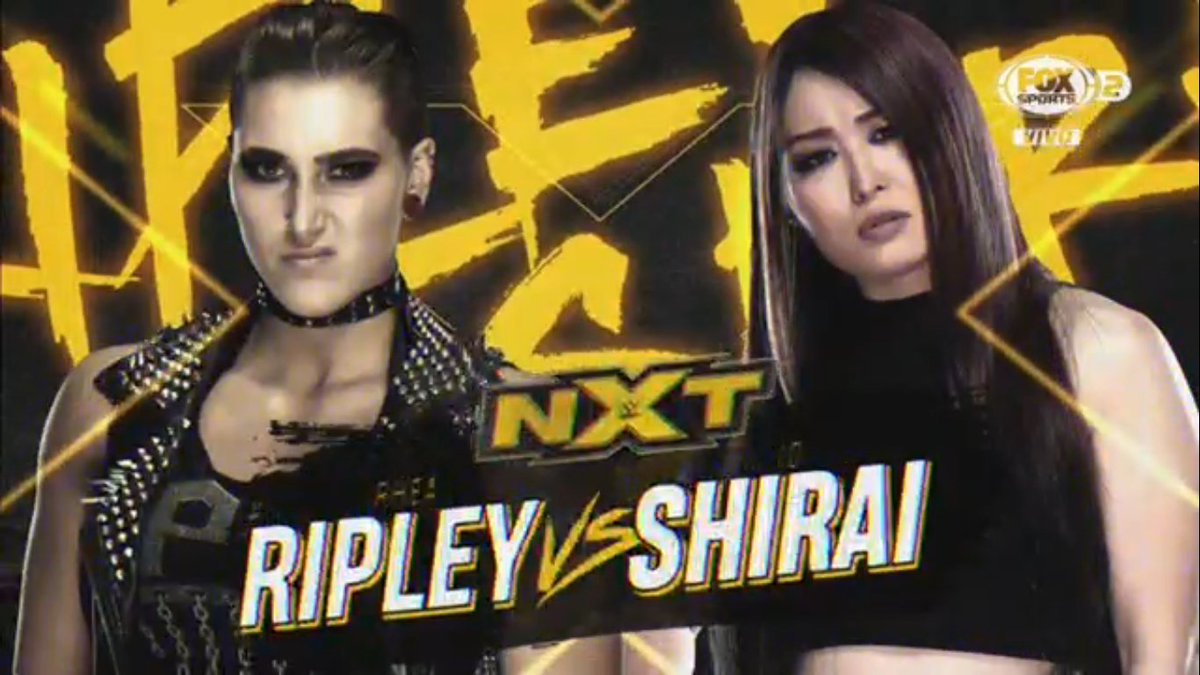 Tonight's taped WWE NXT episode on the USA Network will see the tournament to crown an Interim Cruiserweight Champion continue.

Drake Maverick vs. Kushida will take place as the final Group A match. This could be Drake's final match with WWE but a win for him would force a three-way tie with Jake Atlas and Kushida. A win tonight for Kushida will send him to the finals with the winner of Group B. Group B action will wrap tonight with El Hijo del Fantasma vs. Akira Tozawa. The winner of that match will be declared the Group B winner, to face the winner of Group A for the Interim NXT Cruiserweight Title.

Tonight's NXT episode will also feature Rhea Ripley vs. Io Shirai in singles action. No other matches have been announced, but the build for "Takeover: In Your House" on June 7 will continue.

WWE is focusing on the following points for tonight:

Previous Article
Lio Rush Talks Clashing With Triple H A Lot, His Interactions With Vince McMahon
Next Article
Heath Slater On WWE's No Crowd Shows: "I Hate It! Everyone Hates It!"