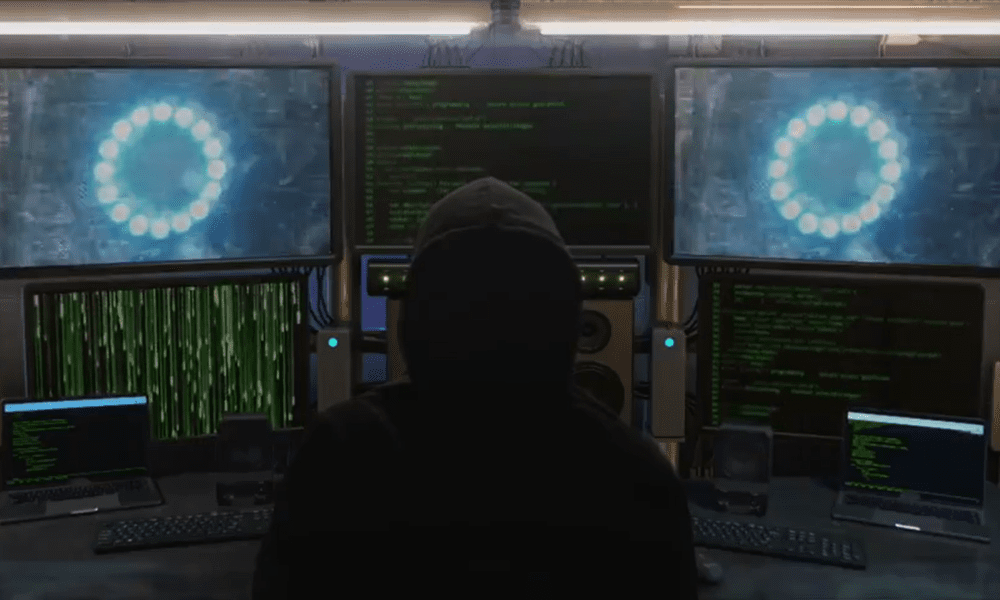 The WWE SmackDown mystery hacker took to Twitter after this week's SmackDown on FOX episode and apparently trolled the WWE Universe.

The mystery hooded figure did not appear on SmackDown for the second week in a row, after previously issuing a warning to the blue brand tag team division. However, he had posted two cryptic videos on his Twitter account, @TheMessageWWE, and now he's posted a third in GIF form.

The post, which was re-tweeted by WWE, includes a GIF that says "Loading..." while a loading bar fills up. The GIF then quickly flashes a line that is hard to catch, but it says:

"You have successfuly wasted 10 seconds of your life!"

The second "L" is missing from successfully.

As you can see in the top tweet below, the caption on the new GIF post features a bunch of characters that are hard to make out. After taking a closer look at the characters in the caption, it looks like they are saying "Final Warning" to the WWE Universe. This could indicate that some sort of reveal will finally take place next week on the Money In the Bank go-home edition of SmackDown, or the pay-per-view itself.

On a related note, the mystery hacker also changed the GPS coordinates in his location. The new location (40.9564° N, 93.5535° W) is the Last Chance Cemetery in the city of Last Chance, Iowa. The previous location was Truth or Consequences, New Mexico.

The shadowy figure also changed his Twitter bio. The new bio says, "Redemption. How predictable." The previous bio said, "A new host. Watch for the signal. Hear the message."

There continues to be speculation on Mustafa Ali being the man behind the new storyline, but it's been reported that there was talk of having two people work the gimmick - Ali and a re-packaged Shorty G (Chad Gable). There's no concrete word on who WWE has planned for the reveal, but the fan speculation and rumors continue to run wild on social media.

Stay tuned for updates on the mystery man, or mystery men. You can see all of their cryptic videos below: