Advance Review: 'Undertaker: The Last Ride' Chapter 4 Digs Deeper Into The Battle Within

The Battle Within. Chapter 4 of "Undertaker: The Last Ride" is the perfect name as Mark Calaway continues an inner struggle to keep going in the ring. Clearly, the tag match with Kane and DX from "Crown Jewel" weighed heavily on him mentally and physically. The legendary performer talks about how his mind wasn't in the right head space with things at home affecting focus. Another instance that shows how he tends to put so much pressure on himself. The limited series has given Calaway a chance to share a personal perspective like never before. A platform maybe the iconic figure thought he would never have. 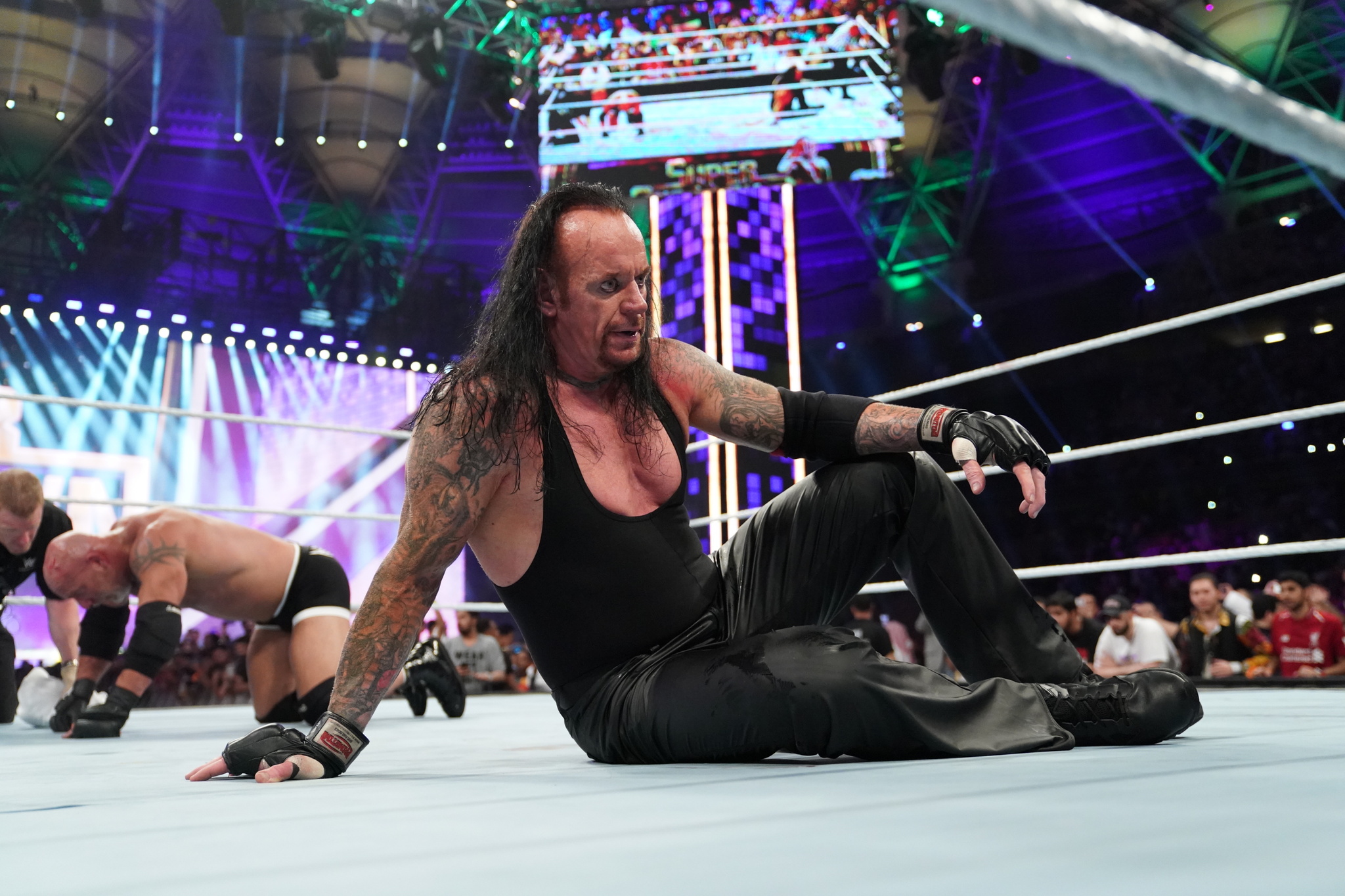 Unfortunately, the string of bad luck extended into a first-ever meeting with Bill Goldberg at "Super ShowDown." It's heartbreaking for a number of reasons, and once again, in true 'Taker fashion, takes responsibility for even parts that were out of his control. Wife Michelle McCool already knows it means her husband will want to redeem himself once more. It's a dedication and passion to the fans, company and business overall that has earned him a reputation of being among the most respected WWE superstars in history.

Undertaker did get a chance to have a better outing while teaming with Roman Reigns to face Shane McMahon and Drew McIntyre. Reliving that Extreme Rules showdown between McIntyre and the "Phenom" was fun. The win gave Undertaker fulfillment, perhaps finality. That it could potentially be his last match. Vince McMahon wasn't really believing his initial reaction backstage on this night to last. It didn't. 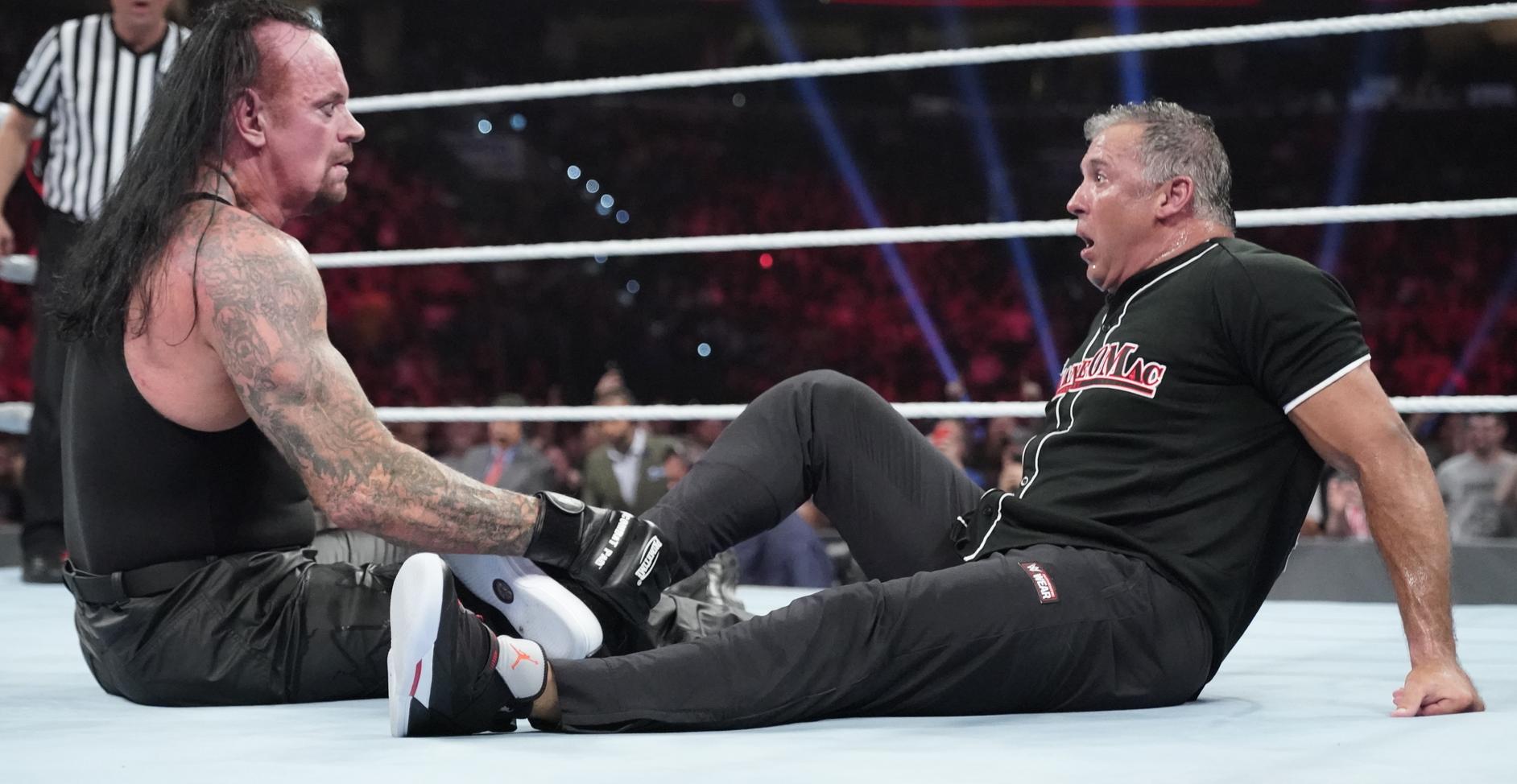 Calaway made so many sacrifices in order to stay committed to the character. It's something we even think about as we enjoyed countless Undertaker memorable moments and career highlights. Wearing black all the time, keeping up kayfabe in public areas and during fan meetings on the street. He hasn't really been able to live a normal life as just Mark Calaway. A husband. A dad. A regular guy. So in many ways, the documentary is freeing. A chance for not only him to tell his story, but enjoy the little things without having to maintain another identity every time he leaves the house. For that, I am happy for him.

It was interesting to hear that Calaway turned down business opportunities and projects outside of WWE. He was that dedicated to the persona and didn't want to compromise what was created. Of course Undertaker made a lot of money, but he also left big paydays on the table too. His loyalty to Vince McMahon and the company is admirable. In what might surprise some, this installment did not shy away from what happened when WWE pulled Undertaker, and Kurt Angle for that matter, out of Starrcast II. Vince didn't like Calaway working a convention signing the same weekend as another company's show. Maybe even wonder if he was going to join AEW or something. Undertaker assures that would not have been the case. Reports from last year is that the veteran signed a new long-term contract extending upwards of 15 years.

Going into the final chapter really gets you thinking if it will lead to some sort of decision by Calaway in regards to his career. Throughout the series we've watched little moments involving Undertaker and AJ Styles. Producers did well in foreshadowing the critically acclaimed Boneyard Match that would come between the two at WrestleMania 36. If it was the end, what a way to go out. If it's not, where does he go next?

Chapter 4 of "Undertaker: The Last Ride" is available for streaming starting at 10 a.m. ET on June 14.

Previous Article
Views From The Turnbuckle: Drew McIntyre And Braun Strowman Are Headed In Opposite Directions
Next Article
John Morrison On Having A Different Opinion Of Roman Reigns Now