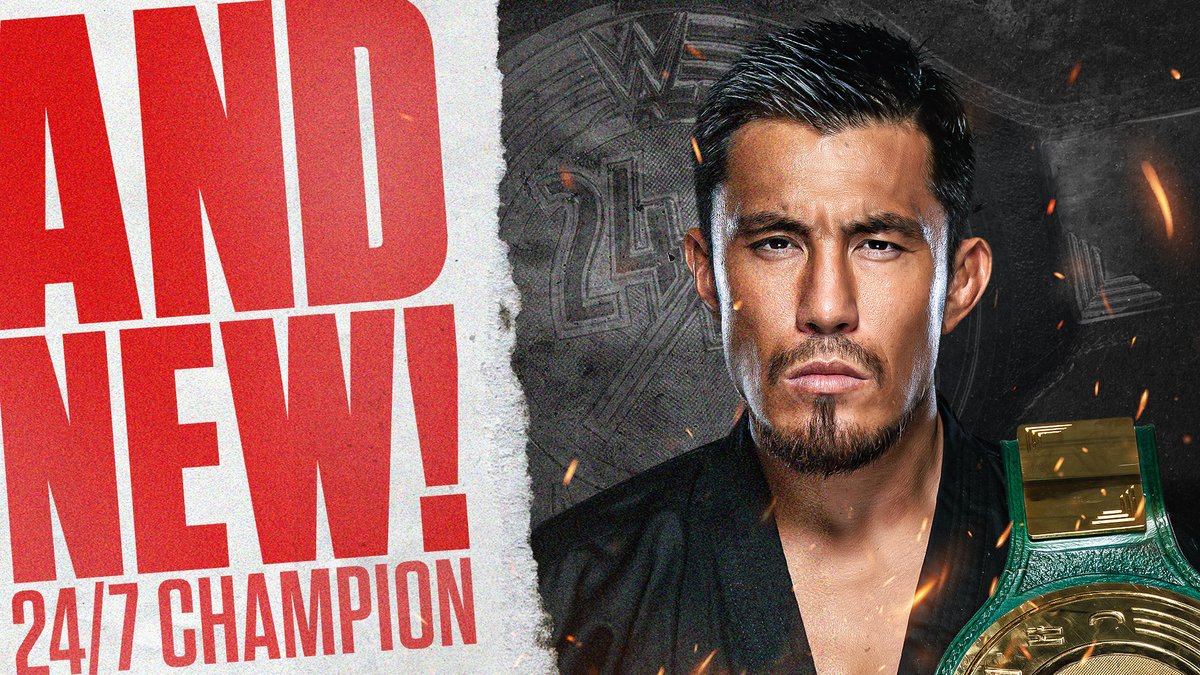 Tozawa pinned R-Truth to capture the title on tonight's Championship Edition of WWE RAW. Before the match began, MVP and Bobby Lashley came out to destroy Tozawa's ninjas at ringside while he hid under the ring. They then entered the ring and Lashley manhandled Truth with the Full Nelson. MVP and Lashley left, allowing Tozawa to crawl into the ring and pin Truth for the title.

This is Tozawa's second reign with the WWE 24/7 Title. Truth began his 36th reign back on June 1 by winning it back from NFL player Rob Gronkowski.

Below are a few shots from tonight's title change at the WWE Performance Center in Orlando: