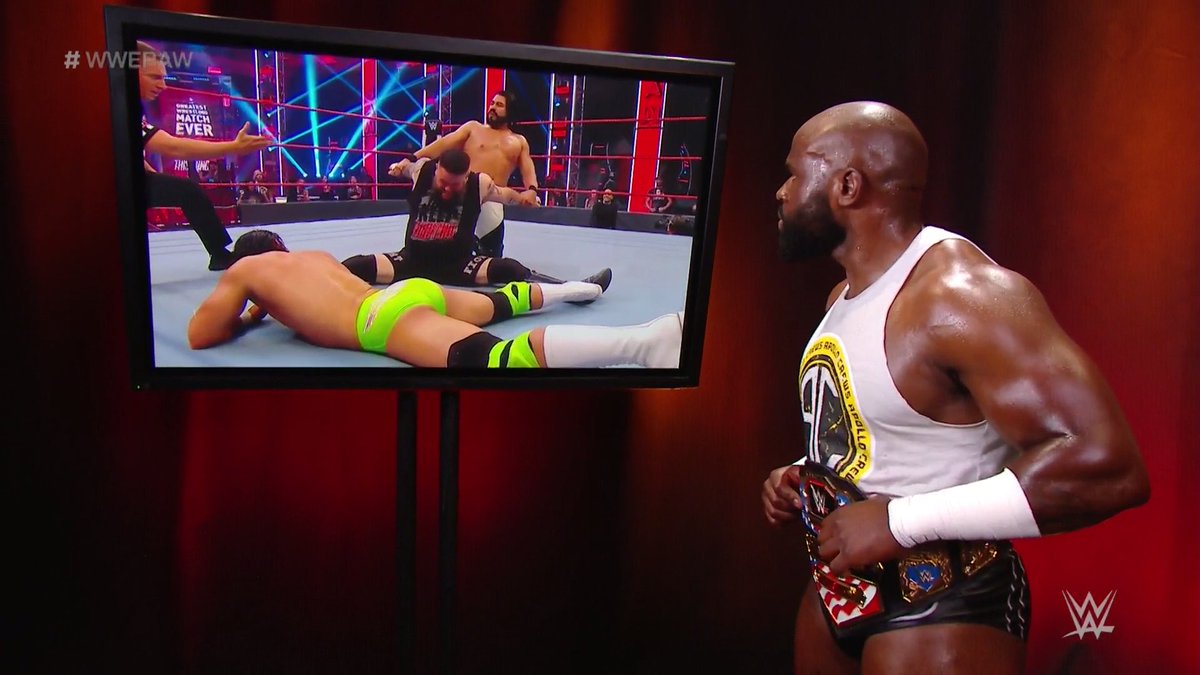 Andrade became the new #1 contender to Crews for Sunday by winning a Triple Threat over Kevin Owens and Angel Garza during tonight's RAW on the USA Network. WWE then confirmed Andrade vs. Crews for the pay-per-view. Crews just won the title from Andrade back on the May 25 RAW episode.

The 2020 WWE Backlash pay-per-view will take place on June 14, from the WWE Performance Center in Orlando.

Below is the current Backlash card:

Handicap Match for the WWE Universal Title
The Miz and John Morrison vs. Braun Strowman (c)

Triple Threat for the WWE Women's Tag Team Titles
The IIconics vs. Alexa Bliss and Nikki Cross vs. Sasha Banks and Bayley (c)