A WWE developmental talent, who spoke to us on condition of anonymity, shared some details to Wrestling Inc. regarding the positive COVID-19 tests this week. The talent sent the email below earlier this week, and I received permission today to publish it.

According to the talent, talent relations informed them that they cannot come out publicly or make any statements. This was reportedly sent to wrestlers and not to other employees, as Renee Young, Jamie Noble, Kayla Braxton and Adam Pearce have noted on social media that they have tested positive for COVID-19. It was noted that the company would take care of any medical treatments if needed.

WWE said that they would handle public relations for the testing, and that “only those that needed to know about our condition would know as HIPPA laws would prevent them from making our names public.”

The talent noted the questionnaire that WWE asks them to fill out, with one of the questions asking if they had done anything to put themselves at risk, which would be attending large gatherings or not wearing masks where it’s suggested to do so. It was noted that wrestlers attending amusement parks and beaches were still performing.

It was noted that talent were not allowed to wear masks, a policy that was changed at today’s SmackDown tapings.

In another update, it was noted to me today that the “two dozen” positive COVID-19 test results is actually low.

You can view the full letter out below: 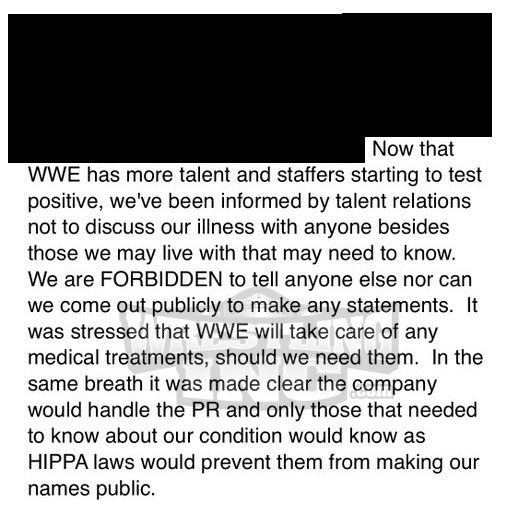 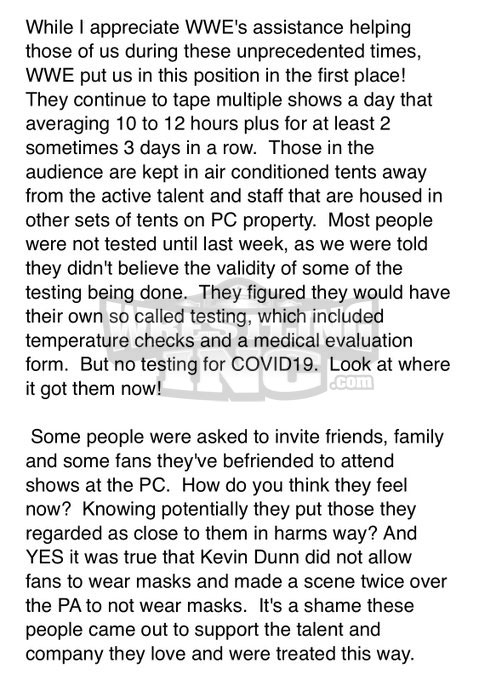 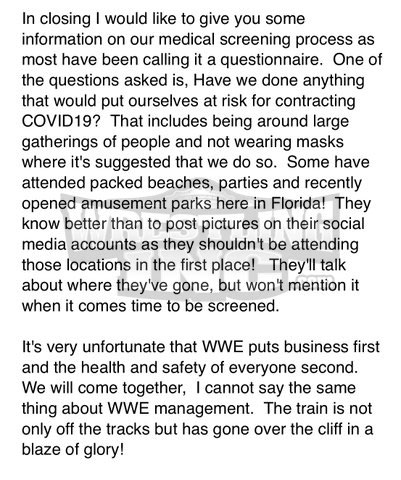