Dasha Gonzalez Reveals She Originally Wanted To Be A Wrestler, Talks Opportunities In AEW 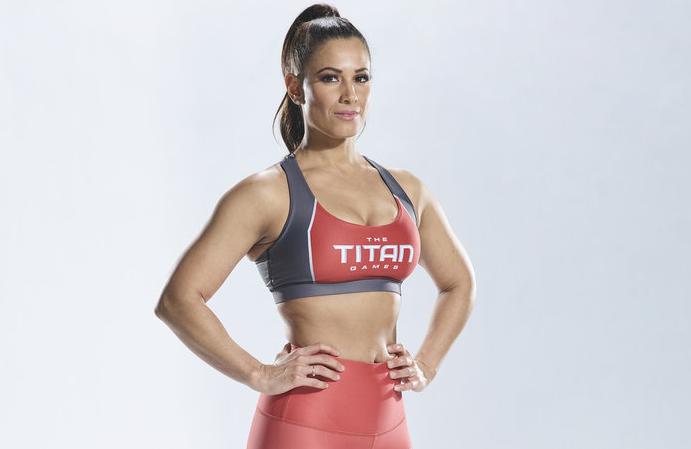 It has been more than a year since WWE released Dasha Gonzalez, but the sting still remains. The ring announcer and interviewers felt her heart break when she was let go.

"I love wrestling. I was a casual fan growing up as a kid. But over the five years I was with WWE, I just fell in love with it," she said. "I loved the idea you could be physically fit and be a role model. You're on television. You're telling stories. You're allowing people to escape from their realities.

"Entertainment is one of the coolest things ever. Health and fitness has always been an important aspect of my life. Most of my family was morbidly obese, so I wanted to break that cycle. I wanted to be a role model in the community. Wrestling was one of those things you could forget about reality for one second, put on an incredible show, I just wanted to just stay in wrestling."

Enter All Elite Wrestling where Gonzalez started on events as a timekeeper. Her role expanded to include work on Spanish commentary. It was important to demonstrate out of the gate she was a team player.

"I'm still learning. It's pretty amazing all of the opportunities All Elite Wrestling has afforded me," Gonzalez said. "It's allowed me to prove to everyone I'm more than a microphone stand and asking questions. I'm allowed to be creative, have input. I'm having the time of my life with them."

Gonzalez stepped in to handle ring announcing duties for Justin Roberts as AEW started filming Dynamite without crowds. It's a unique challenge to produce regular weekly programming amid a pandemic.

"With everything going on in the world, it's pretty cool. It has allowed us in All Elite Wrestling to bond as a family. We all have one common goal. To give everyone at home a release and something to look forward to and enjoy every week," she said.

"It has been strange because you always feed off the energy of the fans. Our fans are the heartbeat of wrestling. That has been difficult, but it has been amazing to connect with our fans on a deeper level through social media.

"All Elite Wrestling has been very creative having the talent be ringside. All of us get tested before we compete or go out. We wear masks backstage. It has just been incredible to be able to be a family. Justin wasn't able to travel, so I was able to step up and help out. After that the wheels keep moving and going."

Aside from broadcasting, Gonzalez is up for other opportunities. This includes the potential of contributing by getting physical in a match. She recalled pitching a few times in WWE, but found nothing came of it.

"I'll throw out there, 'Hey, if you need me to take a bump. I'll take a bump. Let me know.' That opportunity never presented itself there," she said. "But a lot of people don't know this, but I was signed to NXT as a wrestler before moving into announcing. I tried, but it wasn't in the cards for me there."

Fans are getting the chance to see the performer compete on "Titan Games." Perhaps, down the road Gonzalez could parlay the potential of becoming a titan to more in wrestling.

"If I feel it is right for me and feel comfortable doing it, I try to wear as many hats as possible in [AEW]," she said. "I'm like, 'What do you all need me to do today?' I'm just so happy to be part of the All Elite Wrestling family. With "Titan Games," the whole world can see I am an athlete. I can move. I can't tell you how many messages I receive telling me they didn't even know I used to be a gymnast or wrestle in the ring. They just see me doing all these different things. I'm just a happy person. Anywhere I'll be accepted, I'll be there.

"With redemption happening this season, you never know what is going to happen in "Titan Games." Each region had its own surprises, but this season you're going to be shocked and surprised. You're going to want to tune in every single week to watch "Titan Games" because the show just gets better."

Catch Dasha Gonzalez on "Titan Games" on July 20 at 8 p.m. ET on NBC. Photo by: Danny Ventrella/NBC. Dasha's full interview aired as part of today's episode of our podcast, The Wrestling Inc. Daily. Subscribe to get the latest episodes as soon as it's released Monday - Friday afternoon by clicking here.