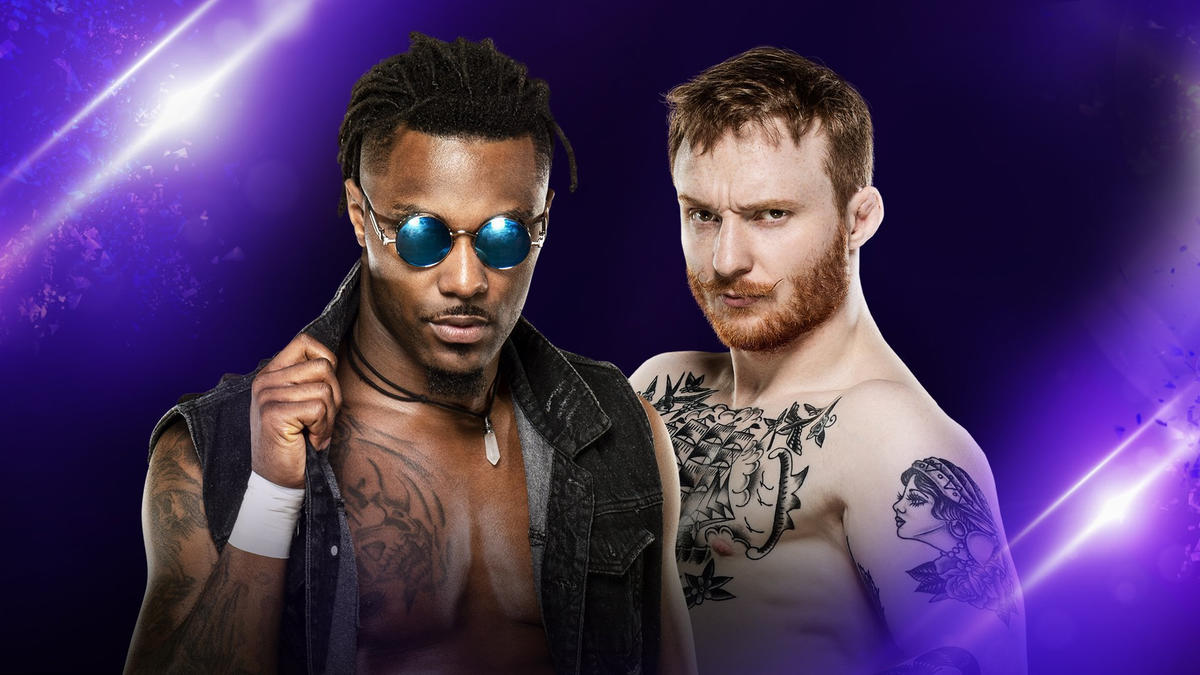 Welcome to Wrestling Inc's WWE 205 Live recap! Tonight's action-packed show will take place right after Friday Night SmackDown at 10 PM EST on the WWE Network. Be sure to chime in on your thoughts about tonight's show in the comments section below. Additionally, share our live coverage through social media. Make sure to click the REFRESH button to continue to get the most current up to date coverage.

Byron Saxton and Corey Graves welcome us to another edition of 205 Live! They hype the evening's card, which includes revisiting the finals of Wednesday's NXT tournament finals between Drake Maverick and El Hijo del Fantasma for the interim NXT Cruiswerweight championship.

Oney Lorcan is out for our opening contest. He's accompanied by long-time tag partner Danny Burch. Tehuti Miles is out next and our first bout is underway.

Tie-up. Lorcan pushes Miles into the ropes but the referee calls for a break. Lorcan takes Miles down and applies a headscissor...he manages to escape, then quickly goes to fix his hair. Lorcan uses the opening to nail Miles with an overhand chop. He follows up with an uppercut...Miles rolls to ringside to recover where he argues with Danny Burch...Lorcan chases him back inside after connecting with another chop. Miles surprises Lorcan by dropping him with a flapjack. Huge clubbing forearm to the back of Lorcan. Miles uses the ropes to choke Lorcan before dropping a series of elbows. Rude awakening neckbreaker by Miles for a nearfall. Burch tries to rally Lorcan back into the matchup but Miles quiets Burch and the crowd (wrestlers) by hitting a running elbow. Miles goes after Lorcan's shoulder...he switches to a modified armbar and Lorcan is in trouble...he gets to his feet...Miles releases the hold and clubs Lorcan down once again.

A big chop from Miles wakes Lorcan up. Lorcan unloads a series of chops, then derails Miles with a running uppercut. Miles goes to the corner...Lorcan smashes him. He goes for an exploder but Miles counters into a school-boy...he grabs the tights...Burch yells at the referee who notices that Miles is cheating...this gives Lorcan the opening for a roll-up...got him!

Footage of Wednesday's NXT are shown, where Jack Gallagher helped Isaiah Swerve Scott pick up a win over Tony Nese after providing a distraction. Commentary tells us that Gallagher and Scott will be facing off later this evening.

Commercial for WWE Backlash and featuring the self-entitled "Greatest Wrestling Match Ever" between Edge and Randy Orton.

Back from break and Swerve is on his way to the ring. Jack Gallagher is next. Here we go.

Both men land leg kicks before tying up. Gallagher gains the early advantage but Swerve shows off his ground-wrestling ability to counter the position. Gallagher snapmares Swerve to the mat...Swerve with another counter and locks in a short-arm scissor hold. Gallagher applies a submission, then slaps Swerve for further intimidation. Swerve hits a dropkick. He goes to the middle-rope and lands his signature uppercut to the back of Gallagher's neck. He climbs again but Gallagher rolls to the apron to avoid the maneuver. Swerve goes to the other apron for a pump kick...Gallagher catches the strike and whips his leg off the ringpost. Now in control...Gallagher boots Swerve in the face and head. Swerve fights back and rocks Gallagher with the House Call. Gallagher slides to ringside...Swerve jumps to the apron and nails a pump kick. Back inside...Swerve connects with a roll-through flatliner. Cover...only two. Hard chest kicks by Swerve. He bounces off the ropes...Gallagher catches him with a jumping guillotine. Swerve struggles...he somehow turns the choke into a vertical suplex. Crowd (wrestlers) cheering for both guys. Swerve charges Gallagher int he corner...Gallagher hits an uppercut out of nowhere. Now Gallagher climbs...Swerve meets him up there....he tries a back suplex that Gallagher turns into a crossbody for a very close nearfall. Both men are down.

Gallagher grabs Swerve by the arms and nearly decapitates him with a headbutt. Swerver kicks out on the pin attempt. Gallagher goes for the armbar but Swerve has it scouted and stacks him for the winning pin.

Can @GentlemanJackG somehow manage to withstand this ONSLAUGHT of offense from @swerveconfident on #205Live?! pic.twitter.com/myKni51CSj

As soon as the match ends Tony Nese appears and assaults Swerve by whipping him into the ring steps.

Commentary tells us that they'll be airing the Drake Maverick and El Hijo del Fantasma matchup from Wednesday's NXT on USA next. Below is the recap of the match from Wrestling Inc's coverage on Wednesday.

The bell rings and they meet for a handshake in the middle of the ring. They shake but Fantasma tries to roll Drake for the win. Drake recovers and they lock up. More back and forth during the slow start to the match. Fantasma takes control and launches Drake with a Monkey Flip. Fantasma with a close 2 count. Drake ends up sending Fantasma out after a headscissors. Fantasma counters on the floor but Drake makes it to the apron to safety. Drake leaps off the apron with a rolling senton, taking Fantasma back down on the floor. We go to commercial with Drake limping but in control.

Maverick blocks a move with a strike to the face. Drake with another shot to the knee and a dropkick to the knee. Drake comes off the second rope but Fantasma catches him and turns it into a Boston Crab as Drake screams out. Drake finally makes it to the bottom rope to break the hold, crying out to the referee about how he's not going to quit.

Drake tries to get his hands on Fantasma but Fantasma drops him with another sitdown powerbomb. Drake manages to kick out at 2. They trade shots in the corner now but Fantasma unloads with big shots to the lower back. Fantasma screams in Drake's face, showing frustration. Drake manages to drop Fantasma. Fantasma gets up but Drake beats him into the corner with one arm. The referee pulls Drake off and he yells out. Drake counters and hits the bulldog on Fantasma. Drake goes to the top and hits the flying elbow drop for a 1 count. Fantasma comes back with a big Spinebuster.

Fantasma goes to the top but Drake crotches him. More back and forth now. Fantasma ends up on the outside. The masked mystery men run down and stare at Fantasma. He stares back while still down on the ground against the apron. Drake runs the ropes and takes them down on the floor with a suicide dive. Drake brings Fantasma back in but we get a superkick. Fantasma decks him and hits the Phantom Driver in the middle of the ring for the win and the title.